A Berumdaful Cruise- Day 2, A Halloween on the High Seas Night at Sea

Posted on October 31, 2018 by DisneyDawnMarie

Dinner tonight was in my favorite main dining room in the ship, Lumiere’s. Most everyone we were with were dressed in costumes or we were at least festive. Our tables were set with 2 huge tables for our group of nearly 30, with the adults on one table and our kids on another. The diningroom was not decorated for Halloween and the menu presented was the typical menu, nothing unusually special. Which for me, was disappointing. Not that I can recall anything special on the Merrytime cruises we have been fortunate to sail on- but those cruises seemed to celebrate all cruise long- this was just 1 day to celebrate Halloween and I had hoped for more. The activities were so much more less than I was expecting as well, but we made the most of it.

I started dinner with my usual at Lumiere’s, the baked brie: 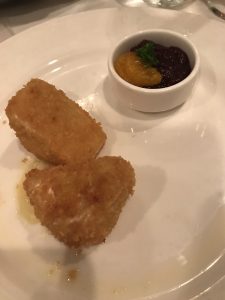 Mike had the Iced Lobster and Jumbo Shrimp: 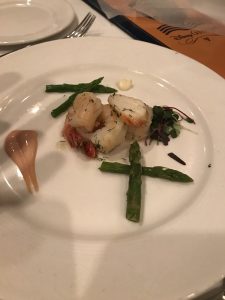 We both then had the French Onion Soup: 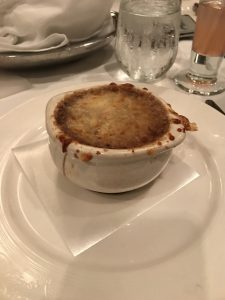 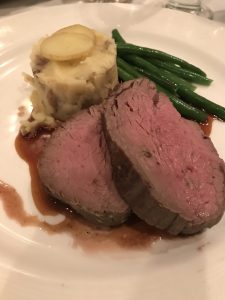 Then finished with Chocolate Mousse: 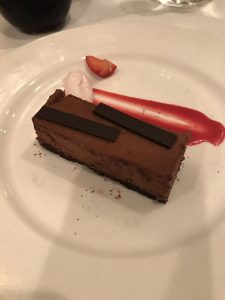 One of our table mates and Castle Dreams Travel Planner, Marie, did ask for a round of the special Halloween desserts for our table and the kids table as well- which we were super grateful for! Marie has sailed on Halloween on the High Seas cruises before had had usually been presented this dessert without asking. We aren’t sure if this was because we were such a large group that we weren’t, but we are so grateful she remembered to ask because this mousse filled spider was absolutely delicious! Very similar to the extremely popular zebra domes you will find all over Walt Disney World Resort. 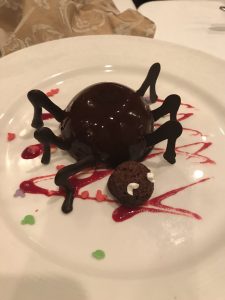 All in all, we had a fun and festive dinner, can’t really ask for anything more than that! 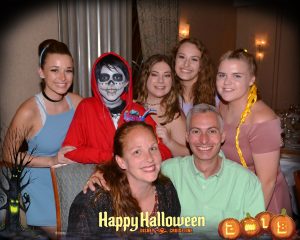 After dinner the kids scattered off to Fathoms for the game show there, “So, You Think You Know Your Family?” While the adults headed to Villian’s Quotes Trivia inside O’Gill’s, where we found even more food: 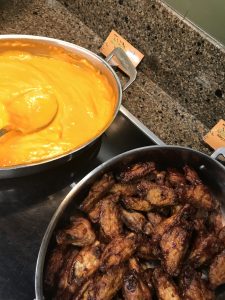 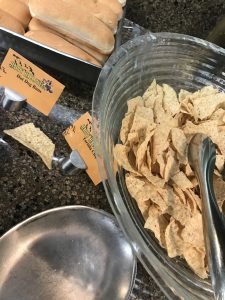 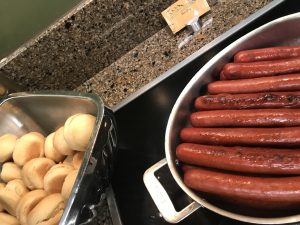 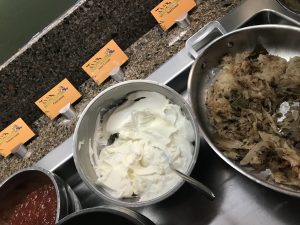 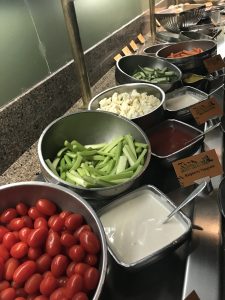 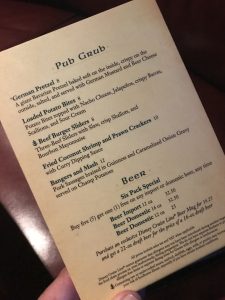 After trivia, the kids headed to the show and Mike and I headed to Keys to relax a bit. We met back in our staterooms after the show to wash Mikey’s face paint off (he did make an amazing Miguel from Disney’s Coco!) and headed to bed early. The ship was really rocking tonight and we had big plans for the morning as we were reaching Bermuda and were heading to the beach! 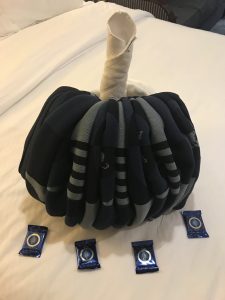 This was today’s Navigator to give you an idea what the day’s ship activities were:

1 Response to A Berumdaful Cruise- Day 2, A Halloween on the High Seas Night at Sea