Posted on February 12, 2014 by DisneyDawnMarie

So, how does a confirmed Disney-phile spend her 40th birthday? This was the question that perplexed me for about a year, no joke.

My 21st birthday I spent a long weekend in Disney’s Caribbean Beach Resort in between touring the parks with my future husband.

My 30th birthday I spent a week in Disney’s Contemporary Resort with my 2 daughters, husband, and mother touring the Walt Disney World theme parks. We also took our first Illuminations fireworks cruise during this trip- which was amazing.

So… my 40th was approaching. Our now family of 5 has begun to enjoy cruising on Disney Cruise Line over touring the parks (gasp!) and my mom wouldn’t be traveling with us because she was in desperate need of knee replacement surgery, and it was scheduled for 2 weeks after my birthday. We also just spent 5 nights in Walt Disney World and 7 nights on the Disney Fantasy 5 months prior. But it is COLD in NY in January- and we wanted out. But where should we go and for how long?

In 2013, the Magic was taken out of service for several weeks for a complete overhaul. New carpets, paint, wall paper, bedding, etc. but also new restaurants, new kids spaces, new adult spaces, and new family spaces. A new water play area for the kids and 2 new water slides. I co-own a Travel Agency who specializes in Disney travel- so I needed to see this makeover and this was the perfect excuse to see it! It is a tough job, but someone has to do it!

So we decided on the 3 night cruise departing January 10. Now, this wasn’t an easy sell for my husband, who after our 5 night cruise on the Magic in July 2012 felt anything less than a week onboard a Disney Cruise Line ship was a tease not a vacation. The bigger family issue was timing- the kids are in school and we just took time off from work to spend nearly 2 weeks in Florida in August. Then my husband and I attended the EarMarked Conference in Walt Disney World in September. Don’t forget finances. We already had a trip in the works for August 2014 to Disney’s Aulani, and our airfare alone will be close to $5,000 to get to Hawaii from NY. BUT… 3 nights could be affordable and we would only be missing 2 days of work and school (Friday and Monday).

As we investigated, we chose to really splurge and book a 1 bedroom suite on the new Magic. Why? We are celebrating! We chose not to have parties to celebrate these milestones (Mike turns 40 later this year too) and choosing to cruise a shorter cruise, in the off season- was not as hard on our wallet. This also gave us the chance to explore cruising in a suite, in concierge level first hand. Again, a tough job- but someone has got to do it! We chose to surprise our kids with this upgrade- so this was going to be a tough secret to keep because we booked this before our August cruise…

As time wore on and the weather grew colder and colder in the fall of 2013, we decided to arrive a day earlier in Florida in case of snow delaying us onto our cruise. This was a family discussion- if we were only going to go for 1 day- which park would we visit?

When we visited in August, Mike only met us for 1 day and we visited the Magic Kingdom. We had a BLAST. We did EVERYTHING you could imagine- getting there close to opening and being one of the last ones to leave the park when it closed. We had breakfast with Pooh Bear and friends in Crystal Palace and dinner with the Beast in the brand new Be Our Guest Restaurant in New Fantasyland. Earlier in the week, the kids and I visited Epcot with my mom and we were there at opening and stayed until the last minutes of Extra Magic Hours at night (the park is open 3 hours longer on special nights for those staying in a Disney Resort). We were exhausted- but had the most amazing day. The only thing that would have made it better- we decided- was if Daddy was there to share the day with us. So, our choice was to visit Epcot in January, all 5 of us.

Now, where to stay? The kids had never stayed at an Epcot area resort before. Mike and I did in January 2011 before we cruised on the Disney Dream without the kids- and they didn’t forget it. So, The Beach Club it would be. Now, what else could Mike and I have up our sleeves? As we were looking at available rooms- we noticed a deluxe room, club level available. This room would give us more space and the comforts on concierge from the beginning and end of our trip. The cost was minimal, and we decided since we would only be at the resort one night- we would likely visit the lounge for snacks, etc. and we wanted to try it out. But, we wanted to keep this as a surprise for the kids as well.

We went ahead and started planning fast passes and ordering our magic bands well before we left-. This is a FANTASTIC perk for staying in a Walt Disney World Resort. Before we even arrive we are able to choose up to 3 attractions per day to experience during our park days. It is such a relief to know we would be able to ride our favorite rides when we got there- no keeping our fingers crossed we could get a fast pass since we were arriving later in the day. To be honest, if we didn’t have this kind of perk available to us- we would not have even dared to enter a park because we were getting there so late. But now, knowing we could spend 4 hours in Epcot, getting there in the late afternoon, and still get to ride the hugely popular Soarin’ together- no single rider lines? Epcot here we come! 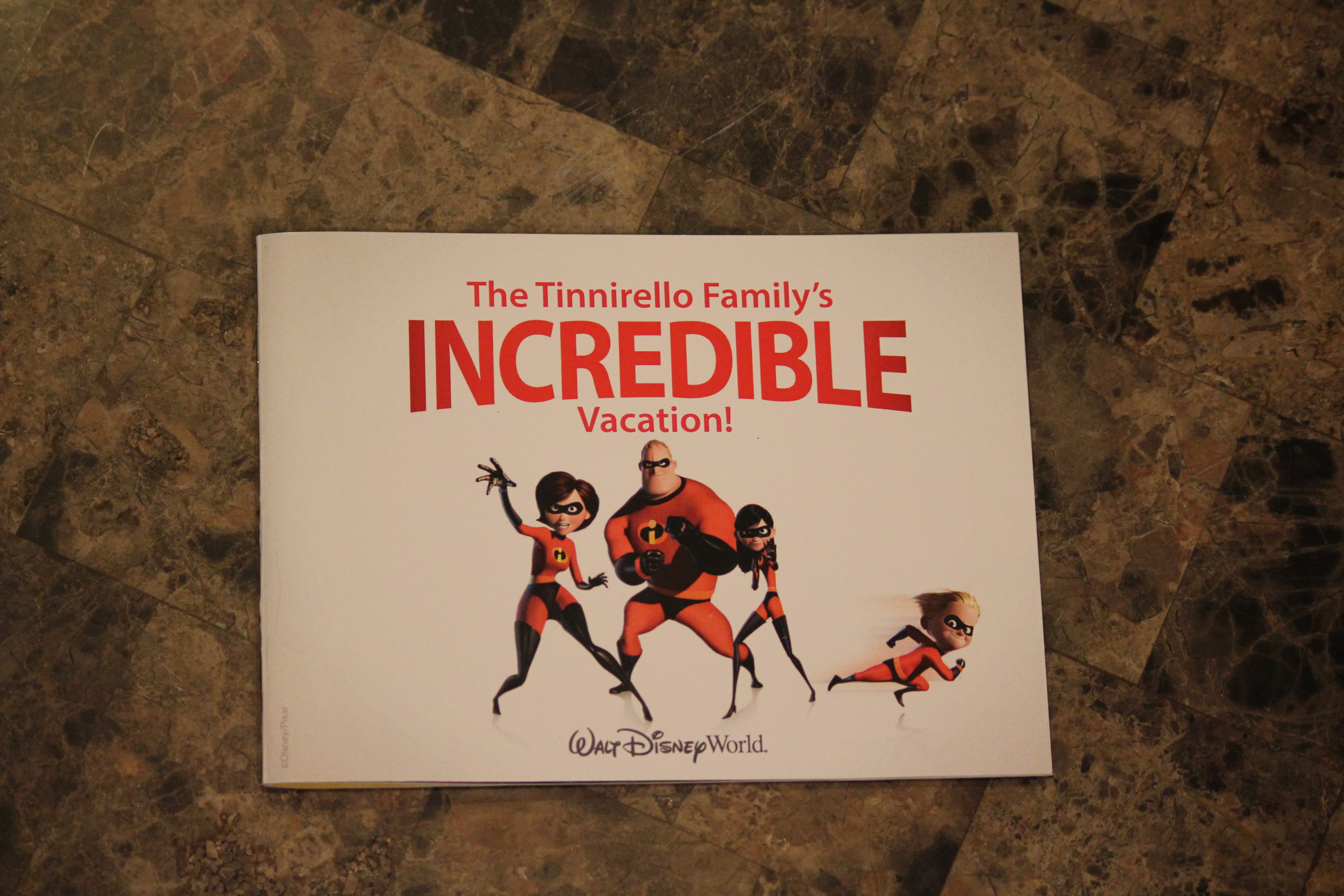