Posted on September 11, 2017 by DisneyDawnMarie

We arrived at Star Wars Launch Bay at 7:40pm and checked in. To our surprise, they let us right in, the party wasn’t scheduled to start for another 5 minutes… or so I thought. 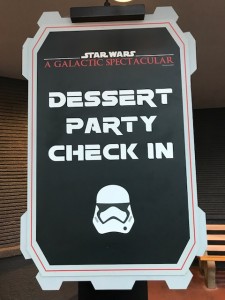 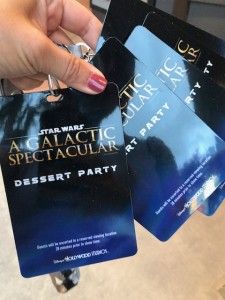 Once we got in, it was pretty crowded. It was also apparent that Star Wars Launch Bay wasn’t closed to guests not attending the party. So if you wanted to meet BB8 or Chewbacca, you had to wait on line, which granted wasn’t long- but wasn’t what I was expecting. That said, if you didn’t have a lanyard, you were not served any of the party’s offerings, obviously.

The tables are all bar height (except those reserved for handicapped guests), and did not have chairs. We grabbed a table nearby a bench and took turns getting our food and drinks. 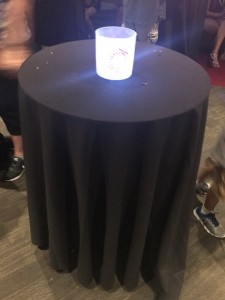 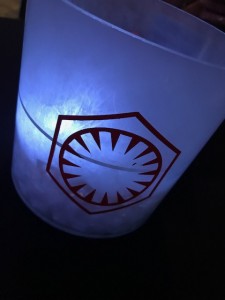 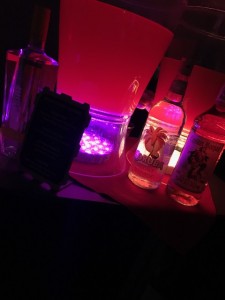 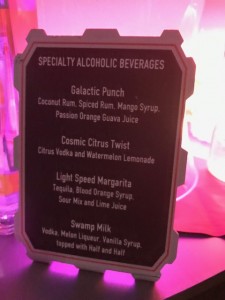 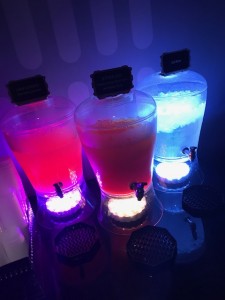 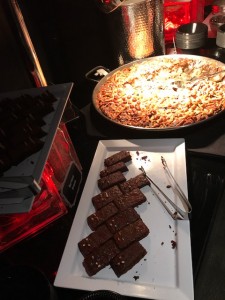 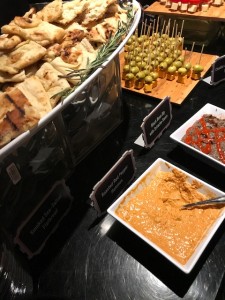 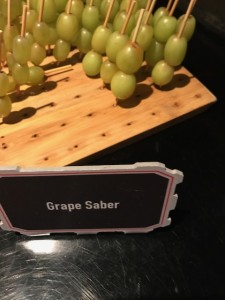 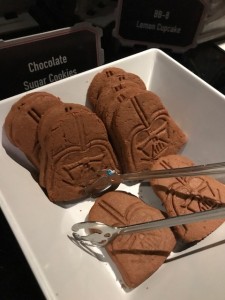 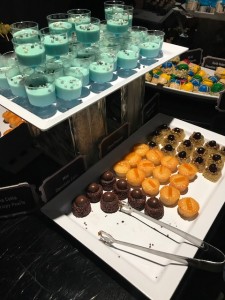 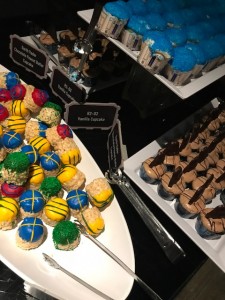 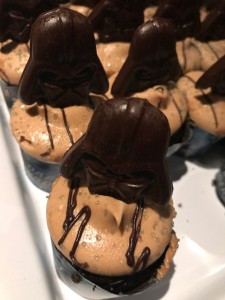 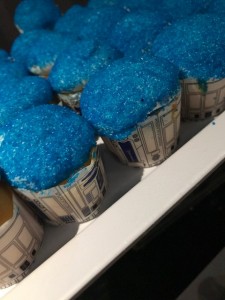 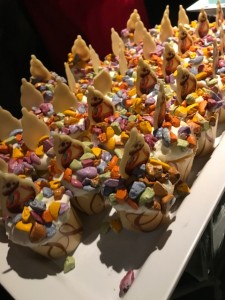 Two Stormtroopers were patrolling the area, they didn’t pose for pictures with the kids, which isn’t unlike what happens inside the park either. But, Mikey was really hoping to at least get closer to one than we were able to. 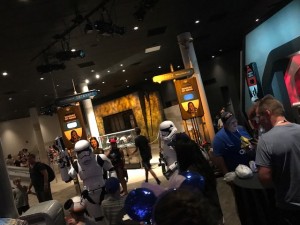 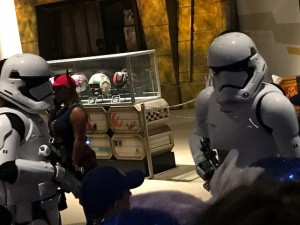 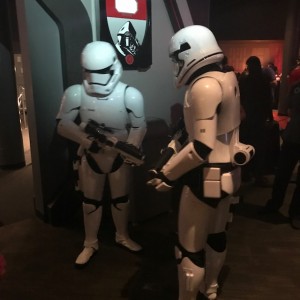 We did meet BB8 though, who was adorable! 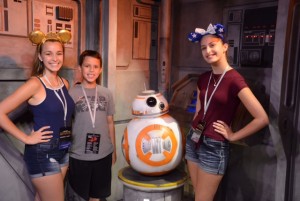 After indulging in a few more drinks and desserts, we were instructed to follow a Cast Member to our spot outside, and yes- we could bring along a drink or a treat. We were able to catch the tail end of  “Disney Movie Magic”. This is an all-new nighttime experience with  footage from live-action comedies, adventures, musicals, and animation  that projects onto the Chinese Theater for about 10 minutes. 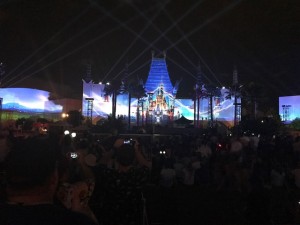 After a few more minutes, the music started… I have to say… it’s just incredible. I am a HUGE Star Wars fan, and this just does NOT disappoint! 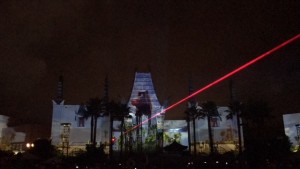 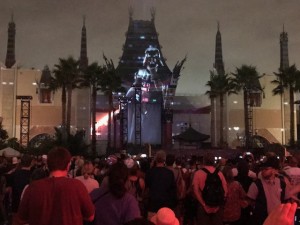 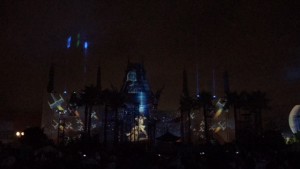 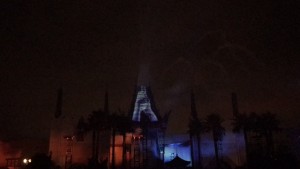 After the show, we lingered a bit in the shops, chatting with quite a few Cast Members. They are all so friendly and fascinating- I always encourage the kids to strike a conversation if we have time and the cast member isn’t swamped with responsibilities. Tonight we chatted with Lindsay, a cast member in the Disney College Program, about the program and how she likes it, where she lives, and the classes she is taking. It sounds like a fabulous program! 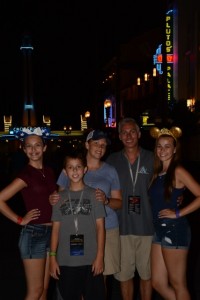 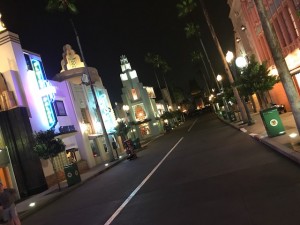 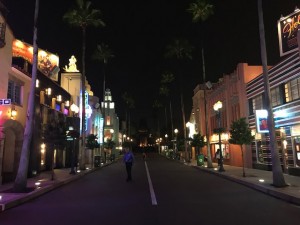