Posted on September 12, 2017 by DisneyDawnMarie

No one likes to go home from Walt Disney World Resort. We tried, on this trip, to have one last, nice meal before heading to the airport. We hemmed and debated on where… and ended up at The Grand Floridian Cafe. A generally easy reservation to get as it is a casual, table service restaurant inside The Grand Floridian’s main building. This way we could linger and not feel rushed on our departure day. After spending such a late night last night at Hollywood Studios- this was a great option for us.

After we were all showered, bags checked into our flight at the hotel, we headed over for lunch. We really didn’t know what to expect, other than everything at The Grand Floridian exceeded  our expectations. The menu here from 11:30-2pm includes brunch options with both breakfast and traditional lunch offerings, which is pretty neat. 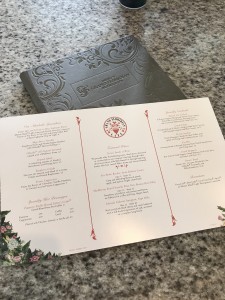 Our server was so incredibly nice- explaining everything and answering any questions we had. She was quick with drink refills and super attentive to every other need we had. 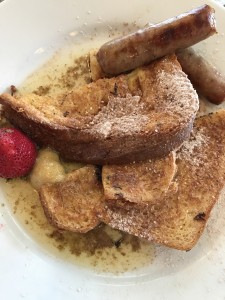 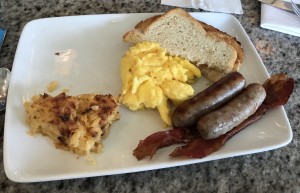 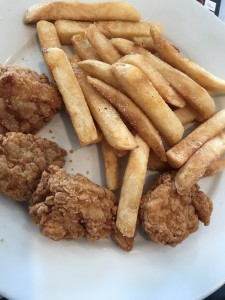 Jacqueline and I ordered the Lobster ‘Thermidor’ Burger, a 7-oz Artisanal Burger Patty and Lobster-Parmesan Thermidor Sauce on a Seared Brioche Bun and served with Cafe’s Signature Seasoned French Fries. OMGoodness, it was incredible! 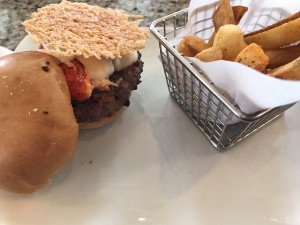 Full disclosure, we ate the lobster separately- and it was just outstanding. I have no idea what the chefs at The Grand do to their lobster, but two days in a row we ordered it and wished we had more!

We never felt rushed at all and our server even gave up to-go cups for our drinks to take with us, knowing we were on our way home. Before we knew it we were at the airport… sigh….

This truly was a magical way to end our magical stay- finding this hidden gem is something we will all remember and we will hope to return to soon.

1 Response to A Last Minute Summer Sojourn in WDW, A Trip Report- The Grand Floridian Cafe