So many amazingly magical announcements were made yesterday at the D23 Expo in Disneyland! Most of the changes were met with cheering and gasps from the crowd, an unexpected combination… 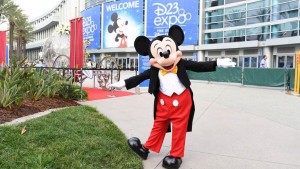 Some of the biggest news: Star Wars Land now has a name! It will be called Star Wars: Galaxy’s Edge.  Do you remember Rex from the old version of Star Tours? He will be featured in this new land as a DJ in the new cantina (where you can also try some blue milk!). Guests will have the opportunity to pilot the Millenium Falcon and purchase all sorts of souvenirs from this trading port at the edge of wild space.

Star Wars: Galaxy’s Edge will open in California’s Disneyland before Florida’s Walt Disney World- but it’s in WDW where you will find a totally immersive resort! Endless characters, costumes, a storyline, and a view of space from your room! 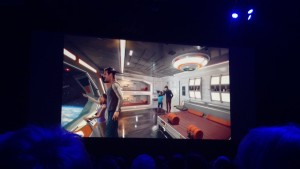 Fan Favorite, The Great Movie Ride will be retiring next month on the 13th. A Mickey and Minnie Mouse themed ride will be replacing it titled, “Mickey and Minnie’s Runaway Railway”. Imagineers are using incredible technology, calling it 2 1/2 D as guests follow through a cartoon short.

Toy Story Land will open inside Hollywood Studios in the summer of 2018 with 2 attractions and lots of character interactions as well.

In Epcot, a Ratatouille ride like the one you find inside Disneyland Paris, is coming to the French pavilion in Epcot. This attraction won’t replace anything, as it will be built in a new area within the pavilion. An E-TICKET attraction based on Guardians of the Galaxy coming to Future World, replacing Ellen’s Energy Adventure (which is also closing next month). Mission Space’s  Green experience will have new mission, more child friendly, that orbits the Earth vs traveling to Mars. A new Mission Space themed restaurant is also coming, with windows all having views of outer space! Mission Space is currently closed to prepare for these exciting additions.

A NEW Tron coaster coming to Walt Disney World’s Magic Kingdom! It won’t replace the speedway (as was heavily rumored), but will be in a new area nearby Space Mountain. A new theater is also coming to Magic Kingdom on Main Street USA with themed on the iconic Willis Wood theater in 1920s Kansas City, where Walt lived after he left Marceline. No word on what’s being performed inside the theater yet.

The skyway that was heavily rumored to help transport guests between resorts and parks was confirmed, named Disney Skyliner. Walt Disney World will also be offering their own version of Uber called Minnie van- which is a red van with white spots! 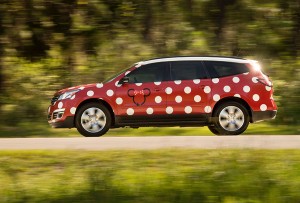 In California Adventure Theme Park-  Paradise Pier will become Pixar Pier and Paint the Night will also take up residency in the park at night! You can also expect a new Marvel land too.

Disney Cruise Line also announced they 3 cruise ships are in production, not the previously reported 2. No confirmation on names, destinations, or home ports– but we have a few guesses. 🙂 Onboard the Disney Dream this November, the new Beauty and the Beast production will use puppetry for enchanted objects, similar to what you can currently see while watching their Frozen production onboard the Disney Wonder.

With all of these announcements, is there anything you are not excited about or sad to see go? What has you most excited to see?

This entry was posted in What We're EARING. Bookmark the permalink.