We were awoken this morning by the unexpected sounds of hammering right behind our beds’ headboards. We quickly contacted the front desk and were assured we could move locations in the hotel during the afternoon.  After showers we headed down to Restaurante Alma- Cusco Private, for  the resort’s  breakfast buffet.

We met shortly after lunch to board buses with our local guides Ernesto and Harvey for Sacsayhuaman- Inca ruins just outside the city where you will find 200 ton boulders that were moved into their spots without any modern technology. After some pictures, we hiked down an Inca trail for about a half hour into the city’s center square. Upon Ernesto’s recommendation, 7 of us headed to Marcelo Batata for what we thought was going to be a Tex-Mex lunch, but was more elaborate than that. The food was out of this world- we ordered 4 appetizers to be shared that were spectacular and well presented. Our meals were equally as pretty and delicious- Dawn nearly licked her plate clean her pasta dish was so good!

After lunch, we headed straight to our hotel to be sure we had a new room. We were welcomed into a room with bigger beds and a balcony 2 floors higher and across the resort than where we were prior. No noise to be heard there, only from the birds perched on the nearby rooftops that you can see and hear from our balcony. We were finally able to rest and unpack and organize our luggage because we would be leaving the next morning.

Mid-afternoon we headed ot to roam the streets on our own, we made a few familiar pit stops at McDonalds and Starbucks, and then headed home to our new room to freshen up for the evening.

Dinner was held in the same restaurant as we had breakfast and we were treated to a special Disney Peruvian ABD tradition… just one of the many special Disney surprises you’ll have to take a vacation with Adventures by Disney to find out! 😉 After a drink at the hotel’s bar with 15 other agents and Adventures by Disney staff, we headed off to bed after Facetiming/Skyping our families. 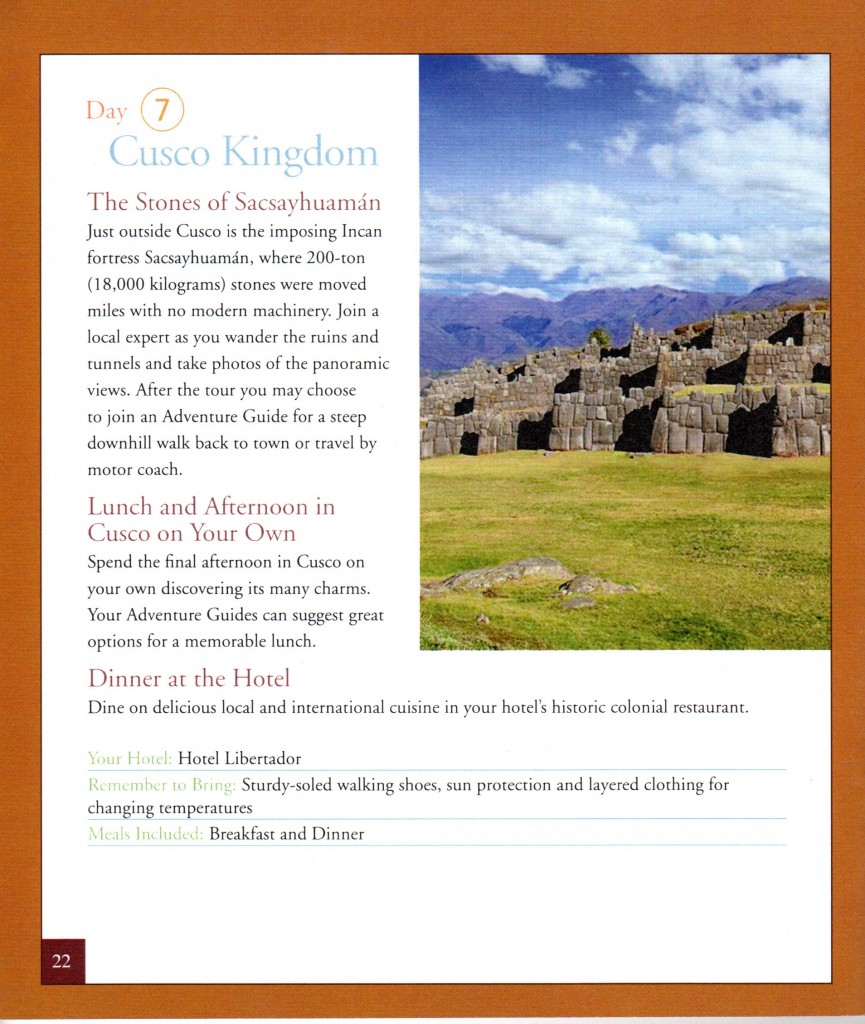