“Peter and the Starcatcher,” a prequel play to Peter Pan, came in second most awarded show (behind the musical, “Once”) with five awards. The awards included the best featured actor in a play prize for Christian Borle, who plays the pirate who becomes Captain Hook.

Oscar-winning composer Alan Menken won his first Tony Award for Best Score, for Newsies, with lyricist Jack Feldman. Christopher Gattelli won the 2012 Tony for his choreography of the show. 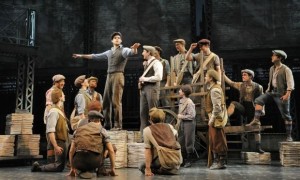 This entry was posted in Disney on Broadway. Bookmark the permalink.