Disney’s Aulani, a Dream Trip in the Making- Day One

Posted on August 27, 2014 by DisneyDawnMarie

Today started early… very early… like 3:30am early!  Our car was coming at 5am to take us to the airport to catch our 8:00am United Airlines flight. Everyone (my family of 5, my husband’s aunt, uncle and cousin too) made it out on time and in one piece- I realized once we were 10 minutes away, I forgot my driver’s license. So- we detoured a bit to run home and get it but we still made it to the airport with plenty of time to spare. It also helped we were only checking 1 bag and carrying on all of the others. 😉 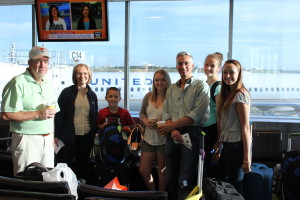 Our flights were pretty uneventful- Mikey (our youngest) was the only one from our 5 that really slept. We stopped halfway in Denver and were able to grab breakfast… again… (we ate a bit before we left NY) with the time change in Denver we landed before lunch is served. Oh well.

Once we landed the 8 of us gathered up our bags (of course our 1 bag was one of the last off the plane) we headed to pick up our rental cars. Be warned, HNL airport’s baggage claim is quite a walk away from the terminal in which you land- and you have to walk outside. While the initial  view of the mountains is breathtaking, the heat and humidity can be  a shocker at first. We had to take a bus to an offsite location for Alamo after retrieving our bags- which did take some time, but they did have ice cold water bottles waiting for us.

Tip One: If going to Hawaii, and renting a car, check out Car Rental Hawaii (http://carrentalhawaii.com/) . I promise, we make no money off of this endorsement- and you will save a TON on your rental. You can even just rent it for a few days and return your rental at Aulani if you don’t think you will need it for your entire stay. We had a mini van for our stay and it totaled $363.79!

The van pulled up to take us to Alamo and Mike’s parents were already on board (they had taken a different flight on a different airline and we had arranged to meet them at Alamo)!

We were all hungry, and had already decided to have a late lunch/early dinner at the Hard Rock Cafe in Honolulu.

Tip two: The Hard Rock is only 7 miles away from the airport- but it does take an hour to get there in traffic! There is a parking garage across the street where you can park and have your parking ticket validated for discounted parking. 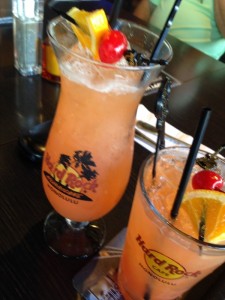 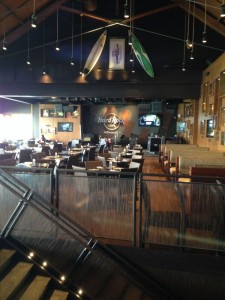 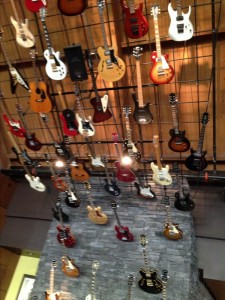 Once inside, we were quickly seated and ordered drinks and the Jumbo Combo for the table (Signature Wings, Onion Rings, Tupelo Chicken Tenders, Spinach Artichoke Dip with Parmesan flatbread and bruschetta. Served with honey mustard, hickory barbecue and blue cheese dressing). Most of us ordered burgers and we were served pretty quickly which was great because we were hungry and tired now with the 6 hour time difference beginning to rear its ugly head. Once we were done eating and shopping in the gift shop, we headed to Aulani…

We pulled up and were immediately greeted by Cast Members. They welcomed us, took our names, and helped up with our bags. As we approached the lobby, we were stopped by another Cast Member who presented us with leis- the girls and I got beautiful, fragrant orchids, Mike got a nut lei, and Mikey was presented with a Menehune necklace. We were also offered ice water and escorted into the lobby and check in desk.

The lobby is breathtaking…. 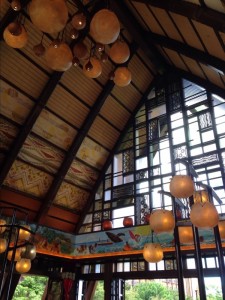 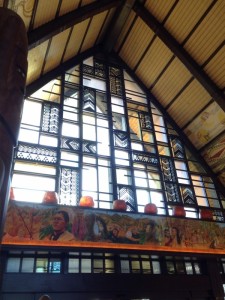 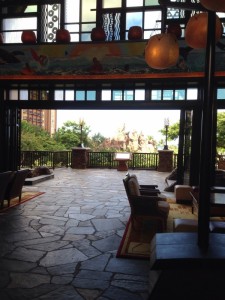 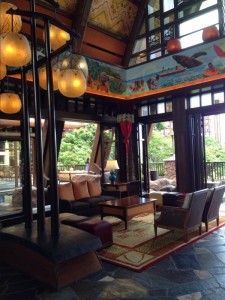 We were quickly checked in and assigned our 2 bedroom ocean view villa 1403. The rest of our family was assigned 808, and our reservations were linked, so we were disappointed not to be nearby the rest of our family- but at 98% capacity there wasn’t much more Aulani can do.

Once inside the room, the 4 adults (myself, Mike, and both of his parents) raced to the balcony to see our view… 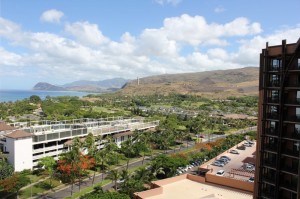 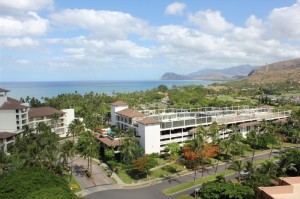 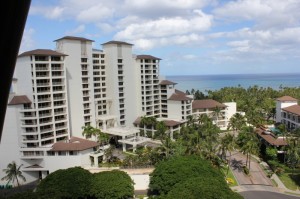 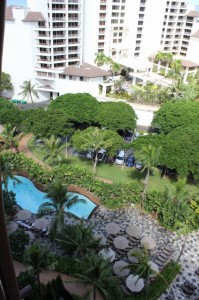 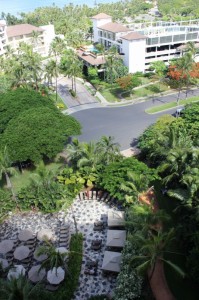 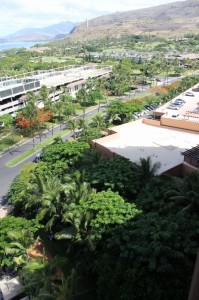 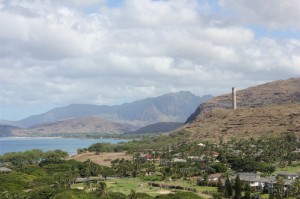 I broke the silence and said I was disappointed in the view (yes, it is stunning, and far more so than any view I have at home… but….) and asked if anyone minded if I called before our bags came to see if we could change our view. No one objected so I headed to the phone. The Cast Member explained they are at near 100% capacity and would likely not be able to move us, and I continued to express my displeasure that even though we were linked to family 6 floors below (and they had the interior view of the resort I was dreaming of from all of the media & etc I have seen and read about an ocean view villa at Aulani) that we were neither no where near them nor a proper ocean view.  I was put on hold and told we could move the next morning after we would check out and check back in. I asked him to hold the room while I asked the rest of my family. Everyone was on board, so I called back. Now this new Cast Member was telling me, in accordance to DVC rules- we would be charged $35 to make the change. I balked saying I was not aware of this nor did the previous Cast Member tell me this. He puts me on hold and comes back telling me he was wrong… it was $50 because we had a 2 bedroom villa! Now, I was not happy….  I explained our bags hadn’t arrived to the room yet, and I was unhappy. We certainly have a water view- but an even better view of parking garages, traffic, and the Marriott next door. I was put on hold again, another Cast Member comes on and apologizes and says we can transfer in the morning at no charge. 🙂

I would have no problem staying in this room if I didn’t have children- this room did face the Aulani’s adult pool and aside from the traffic, could be quieter than facing the interior of the resort where you would here everyone in the pools, Aulani music blaring, etc. However, with kids and grandparents staying in the room, we could position ourselves in the morning by the pools within view of our room and when Grandma and Papa were having a relaxing morning they can look down and see their grandchildren playing in the pools, etc.

The bags arrived and the kids and I decided to take a walk around the resort- which was really neat at night. Lights flickered on the ground and the stars twinkled in the sky. After our walk we headed up to our room for showers and bed. It was going to be a busy Saturday morning! 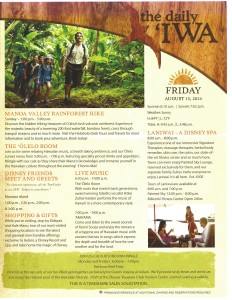 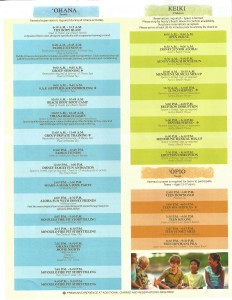 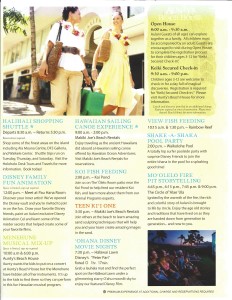 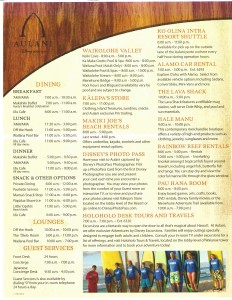