Every Dream Is A Fantasy, Day 5

Posted on September 8, 2015 by DisneyDawnMarie

This morning started pretty similar to the morning before. Docking into Grand Cayman though isn’t a dock- so it wasn’t as bad, I suppose, as this is a port that ships are pretty much all required to use a tender for guests to go ashore. We did mention to our stateroom host and Guest Services the issues we had with the chairs in Cabanas starting rather early, as did our neighbors. So maybe the combination of the two gave us a bit more sleep.

We had discussed doing a number of things today, but we really hadn’t planned anything. So, we started with breakfast at Cabanas so we could have a family meeting and discuss our options. We quickly decided to stay on the ship for the day. This way we could do some of the activities with less of a crowd. We also had such a busy day in Cozumel, a day “off” would be nice on vacation. 😉

After breakfast, the 5 of us decided we all wanted to play the Mid Ship Detective Agency together (This is HUGE for parents of teenagers, they had a huge ship all to themselves and they wanted to spend time with us!). This was something I wasn’t able to do during our Fantasy cruise 2 years ago, and I assumed that Mike and I would only be doing this with Mikey so it really is a great memory for all of us. 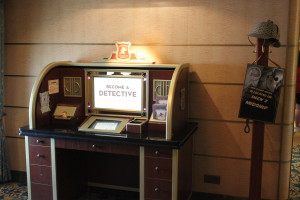 Then we decided it was time to find loungers on deck 11 by the pool for some swimming and Aqua Duck riding! Hercules was playing on Funnel Vision and we were set for the next 2 hours or so. Once the movie was over, we decided it was time to grab some lunch and then we actually went back to the pool for a bit because then Snow White was playing on Funnel Vision and the Aqua Duck lines were still short and the pool was still pretty empty. However, once Snow White was over- the Grand Cayman excursion guests were filling up deck 11 and we decided to head back to our staterooms to shower and relax a bit before dinner on our oversized balconies. It really was a great day and we didn’t want to ruin our relaxed vibe we had going for the day. Tonight was Animator’s Palate and it was Illustration night! 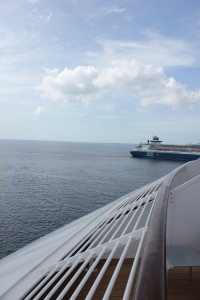 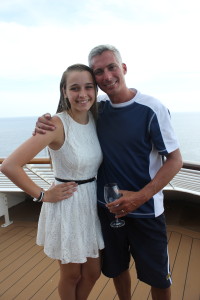 Now, I don’t love this menu. But, I will admit the few changes they made to it since I dined here last- are terrific. 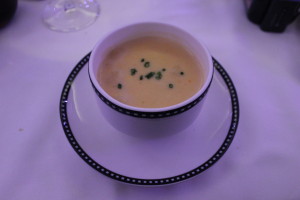 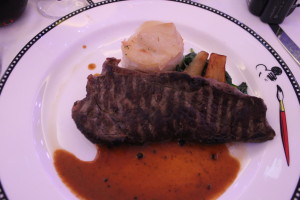 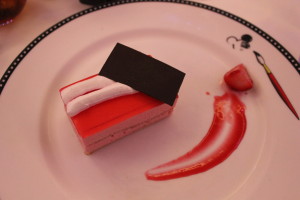 But, again- the entertainment here, makes up where the food is lacking! 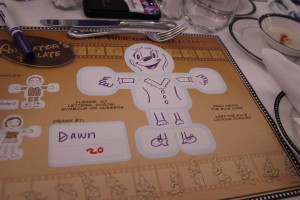 After dinner we lingered by the shops until we could find our seats for the night’s show with Lynn Trefzger- who Mike and I had seen earlier in the cruise. The kids LOVED her show! She is hysterical, and if you ever get that chance to see her, we all highly recommend it.

After the show, we tucked Mikey and Nana in for the night. The girls were off to the pool with Tricia and Arnie’s girls and with Griffin too, while their parents met in The Tube for 80’s Music Trivia… and yes, we won! 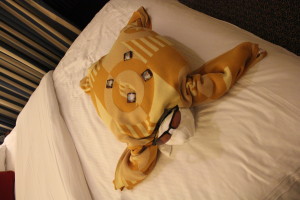