Exciting Announcements to Unveiled at D23 Expo 2019: Guest offerings coming to the Walt Disney World Resort for the 50th Anniversary and Beyond!

Posted on September 18, 2019 by DisneyDawnMarie

At D23 Expo 2019, Disney Parks, Experiences and Consumer Products Chairman Bob Chapek unveiled new details on some of the new attractions coming to the Walt Disney World Resort for their 50th Anniversary. And we are super excited!

First up- Star Wars: Galactic Starcruiser will be a new, first-of-its-kind vacation experience where you will check-in for a two-night adventure aboard a glamorous starship. Once onboard, you will interact with characters and become active participants in stories that unfold around you on your galactic journey. 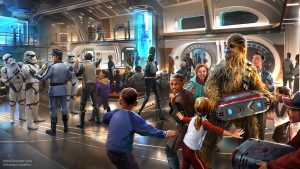 Epcot is being reimagined with four neighborhoods that each celebrate a unique aspect of what makes Epcot so special. Where Future World currently stands, three new neighborhoods will spring up: World Celebration, World Discovery and World Nature. And World Showcase will continue to celebrate culture, cuisine, architecture and traditions from around the world. We are particularly excited to see Dreamers Point, with a wishing tree, an interactive new fountain and a new statue celebrating Walt Disney. Inside the Mission: SPACE pavilion, a new restaurant Space 220, will open this winter with the panorama of a space station, including daytime and nighttime views of Earth from 220 miles up. We are anxiously awaiting more information about the first attraction inspired by Mary Poppins in Cherry Tree Lane,  Journey of Water Inspired by “Moana”, and a new “Beauty and the Beast Sing-Along”.  We do know, in summer 2020, the much-anticipated attraction Remy’s Ratatouille Adventure will open, as well as a new restaurant called La Crêperie de Paris. We also learned, following the limited time run of Epcot Forever at Epcot, a new nighttime spectacular called HarmonioUS will be the largest ever created for a Disney park. It will celebrate how the music of Disney inspires people the world over.

Over in Magic Kingdom Park, the TRON attraction will be named TRON Lightcycle Run. This attraction lets riders board a train of two-wheeled Lightcycles and ride through TRON’s high-tech universe. 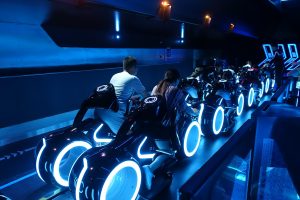 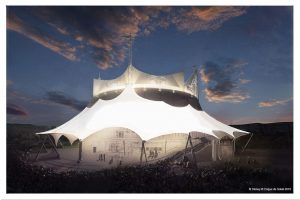