Here in Florida we have something special we never enjoyed at Disneyland: the blessing of size. There is enough land here to hold all the ideas and plans we can possibly imagine.
— Walt Disney, October 1966 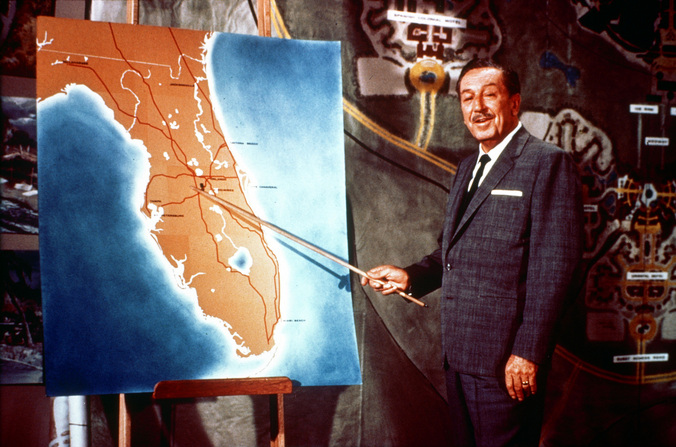 On October 1, 1971 Walt Disney World opened to 10,000 guests and only a few attractions, shops, and restauarants. The property had 2 resort hotels and a monorail running between them and the Magic Kingdom. William Windsor, Jr and his family from Lakeland, Florida were the first to enter the park…

“I picked a family with a father who looked like (popular golfer) Jack Nicklaus and a mother who looked like Mrs. Brady (from the television show “The Brady Bunch”).  They had two blonde sons. After the first family entered, we opened the Walt Disney World gates and people came in to a well-staffed and well-organized day.”

On opening day, guests purchased a book of ride tickets. These tickets graded the rides A through E, E being the “best” rides. General admission for adults was $3.50, $2.50 for juniors, and $1 for kids. And parking was only 50 cents! 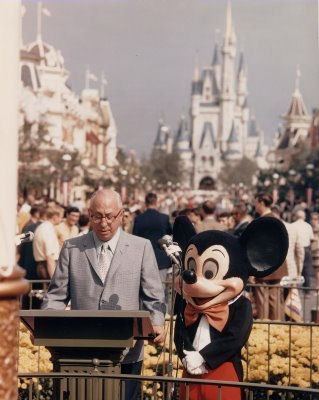 Today, at 9:45am, a parade begin in Town Square, heading down Main Street USA. At 10 a.m., a 40th anniversary presentation will take place on the Cinderella Castle Forecourt Stage, featuring characters, Walt Disney World President Meg Crofton, and a performance that will include a song from the Dapper Dans, dancers and even a few fireworks. At  9 p.m., the “Wishes” nighttime spectacular show will add special fireworks in celebration of the anniversary. The fireworks show will use perimeter launching points, expanding the show outward and filling the night sky with pyrotechnics. Disney artists will also be at the Diamond Horseshoe in Frontierland and Uptown Jewlers on Main Street USA, signing autographs and meeting with fans. Featured artists include Costa Alavezos, Brent Reese, Greg McCullogh, Noah, Dave Avanzino, Jody Daily and Kevin Kidney, Jim Shore, Robert Olszewski, and Gene Gonda.  There will also be limited edition pins and Vinylmations available as well. Tthere will also be 40th anniversary cupcakes on sale in the Main Street Bakery. 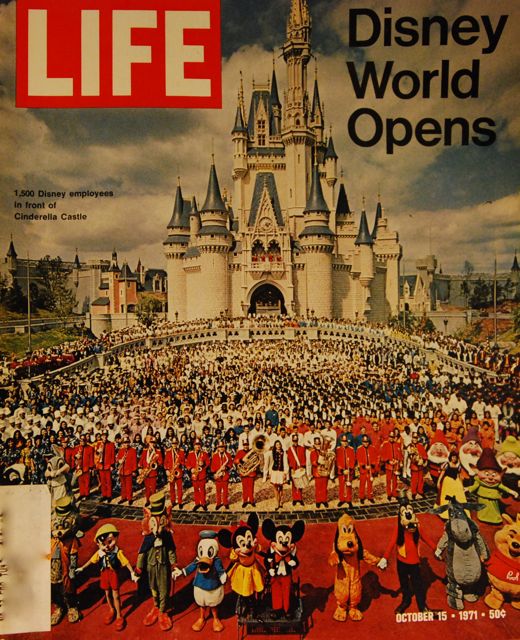 This entry was posted in Walt Disney World's Magic Kingdom, What We're EARING. Bookmark the permalink.