River Cruising with Adventures by Disney

Yesterday, Adventures by Disney announced a partnership with luxury river cruise company, AmaWaterways, to begin sailing next year on 5 amazing cruises along the Danube through Europe. There will be 4 sailings in the summer of 2016 and 1 special holiday sailing departing on December 22, 2016.

Tricia and I were invited to the Adventures by Disney 2015 Spring Showcase Luncheon in New York City’s Aureole.We were greeted by our Regional Sales Manager, Maryellen Kline, and Ken Potrock who is the SVP & GM Disney Vacation Club & Adventures by Disney (we met last year). We found our seats (Maryellen sat us at different tables! LOL!) and checked out the afternoon’s menu selections… 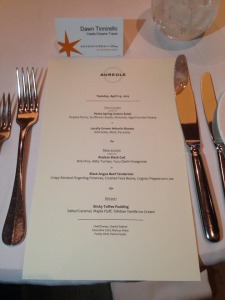 We both chose the risotto and the beef tenderloin.

Most of the afternoon was spent chatting with the agents and executives at the tables. Tricia sat with Maryellen and sat next to Heather Killingbeck who is the Director of Trip & Program Development, Adventures By Disney (who wouldn’t love to have HER job!). I was seated next to Rena Langley who leads the public affairs teams for several key businesses within Walt Disney Parks and Resorts – Disney Cruise Line, Disney Vacation Club, Adventures by Disney and Aulani, A Disney Resort & Spa in Hawaii. On the other side of Rena was a dear friend, and fellow Peruvian Adventurer from 2012, Angela. It was great to catch up with her and we are so blessed to have traveled with such a great group of agents who still keep in touch! We were also joined by two other agency owners from New York City and Massachusetts plus Maureen Barrett who is the Director of PR for Disney Destinations & Disney Cruise Line.

Adventures by Disney and AmaWaterways want to reinvent river cruising to include families. One of those ways is the redesign of the ship- the new AmaViola will include connecting staterooms (which is rare among river cruise lines)  and spaces that everyone can enjoy. They also need to have excursions condusive to how families want to travel- families want to be active and these itineraries fill that need.

Heather Killingbeck spoke next describing the 4 countries and 8 cities these cruises will visit in 7 nights. Everything is also included in the cruise price- alcohol during lunch and dinner, all gratuities, all of your excursions… and you have a choice of excursions that you do not have to choose until you are on board the AmaViola! Among these excursions include a visit to the 900-year-old Hohenwerfen Castle and experience a falconry flight show, folk dancing and singing with an Austrian fisherman, and an archery lesson in the medieval Devin Castle. There will be 8 guides per sailing (a typical Adventures by Disney vacation has 2).

Kristin Karst, Executive Vice President & Co-Owner of AmaWaterways, was the next to speak. She explained that AmaWaterways is deeply passionate about their service to their guests and this partnership was meant to be. The brand new ship that is being built for these cruises will only hold 170 passengers, but only 160 adventurers because 8 of those 170 would be the Adventure Guides! The are going to use the public spaces on board to convert to spaces for Junior Adventurer baking regional favorites like apple strudel. This new ship will have connecting doors and the rooms that sleep 3 will have a sleeper sofa to accommodate that third guest. She quickly introduced AmaWaterways President and Co-owner Rudi Schreiner who greeted us and reiterated his excitement of this new partnership.

Ken Potrock wrapped things up for the afternoon highlighting some of the Disney Differences during these cruises including spending the entire day in port and traveling at night all but 1 of that days on the cruise. A special bonus on the Christmas sailing is a concert with the Vienna Boys Choir on Christmas Day! 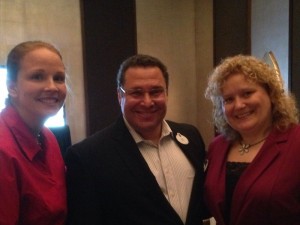 Check out the new brochure… 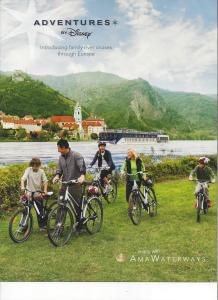 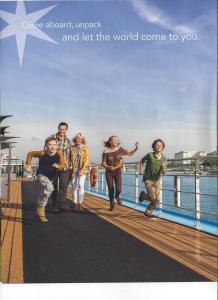 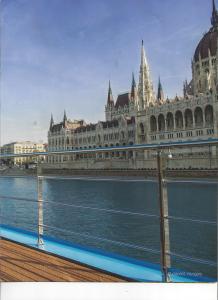 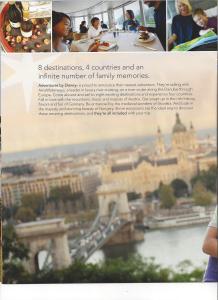 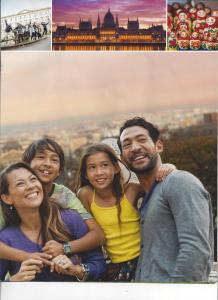 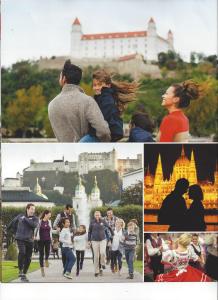 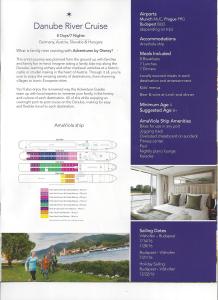 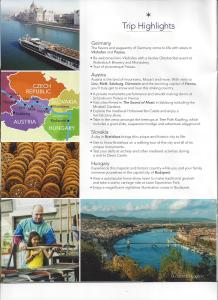 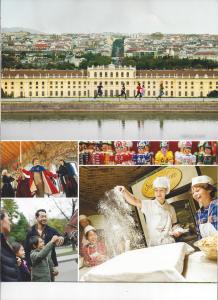 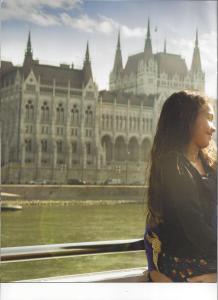 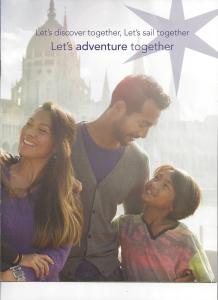 1 Response to River Cruising with Adventures by Disney