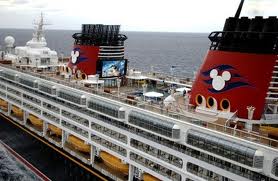 All signs seem to be pointing to the Wonder heading from California to Miami as a home base. Disney Cruise Line cancelled their December 2012 cruises out of California just last week. There are also indications of transatlantic cruises, more Hawaiian cruises, and  European cruises.

Several travel agencies that specialize in Disney travel are expecting an official announcement tomorrow.  Reservations should then be opening by the end of the week to gold and platinum members of Disney Cruise Line’s Castaway Club,silver member and new cruisers should begin shortly thereafter. 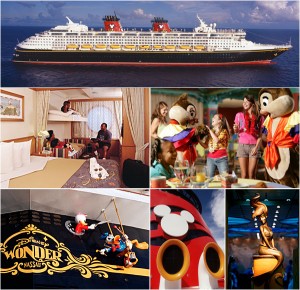 What we have concluded would be our best guess as to the future cruises would be a Panama Canal cruise on December 9, 2012 going up the Western Caribbean ending in the Wonder’s new home of Miami. From that point, the Wonder will be alternating 7 night Caribbean sailings or shorter sailings of 4 and 5 nights going to the Western Caribbean and the Bahamas. The Wonder should then cruise back up the Panama Canal to Los Angeles, then continue up to Vancouver for Alaskan cruises. There also should be a  Hawaiian sailing after the Alaska sailings and another trip through the Panama Canal.

As for Disney’s Magic, Galveston’s same schedule for the first part of the year is expected, followed by a Transatlantic sailing from Galveston to either Barcelona or Rome (Civitavecchia) on or about May 18, 2013. We are expecting to see Eastern Mediterranean ports such as Venice, Turkey, Croatia, the Greek Isles.  We also expect a Transatlantic back on or about October 12, 2013. It has been mentioned that the Magic will undergo a major dry dock in Europe, hopefully including some major upgrades that have been included on the Dream and Fantasy (enchanted art, Aqua Duck, etc) New York Cruises on Disney’s Magic might resume in 2014, it is too early to tell. It seems the demand for European Cruises has returned Disney Cruise Line back to the Mediterranean!

We will keep you posted!