Taking the Time to Smell the Flowers, A Trip Report- An Evening Inside the Magic Kingdom

Our day was flying by. By 5 o’clock we were having our traditional family photo in front of Cinderella Castle. 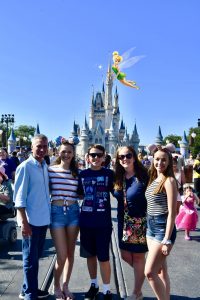 By now we were getting a tad hungry, so we stopped for some pretzels and met some friends, Sarah & Maria, by the castle. 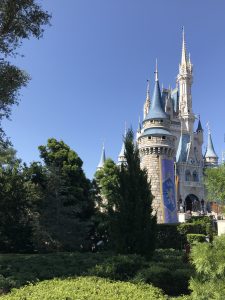 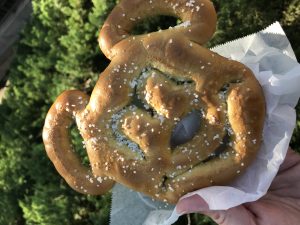 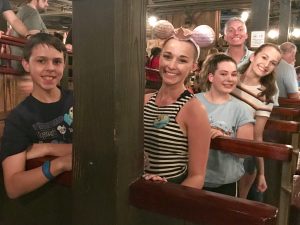 Now we split up- the girls headed to their Splash Mountain Fast Pass while the adults & Mikey headed on It’s A Small World to escape the heat. 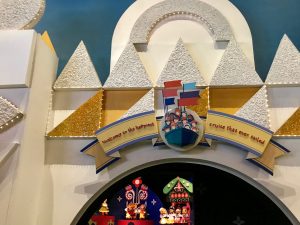 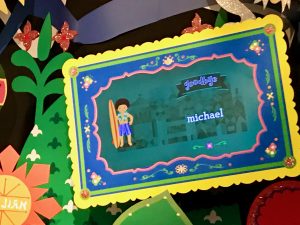 Then we headed to our Seven Dwarfs Mine Train Fast Pass wile the girls indulged in a special, limited time only Hei-Hei Dole Whip. 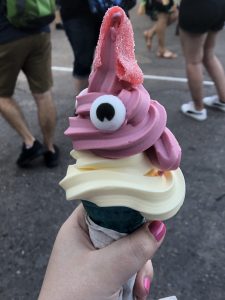 We all met back up for our Space Mountain Fast Pass and the girls hammed it up for the pic! 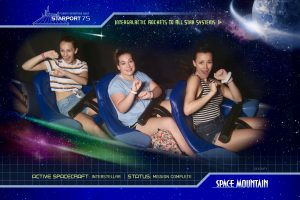 We were able to check into our Crystal Palace dinner reservation early and were taken before our scheduled time, which was a welcomed surprise. We were visited pretty quickly by Piglet and Eeyore before trying out the buffet. The food was nothing remarkable, unfortunately, which was disappointing. 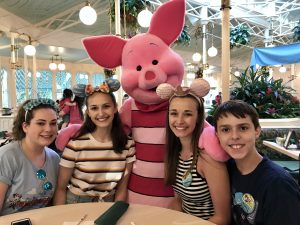 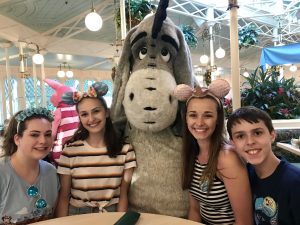 After we were done with dinner, Pooh and Tigger visited before we had some dessert- which was delicious, I am very happy to report. 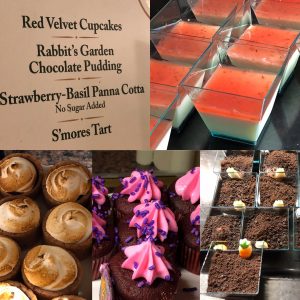 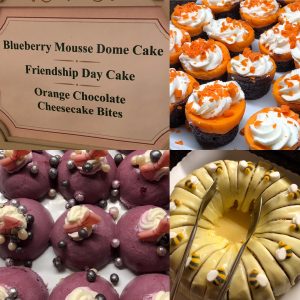 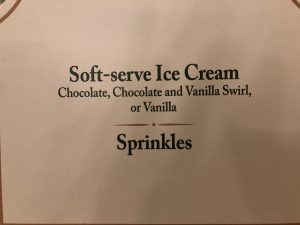 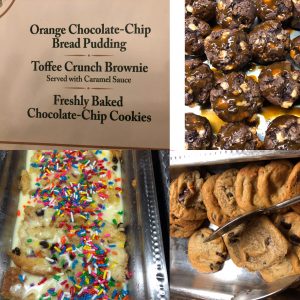 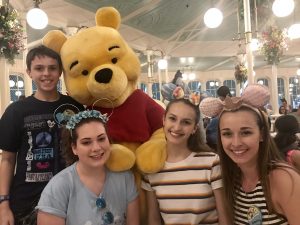 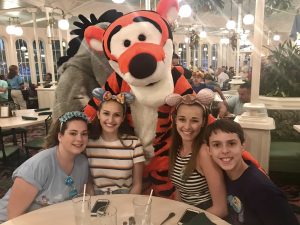 Once we were done- it was time for Happily Ever After, my favorite!

After the show, we were able to grab a last minute Fast Pass to Buzz Lightyear Space Ranger Spin and then Haunted Mansion before headed out of the park for the night. 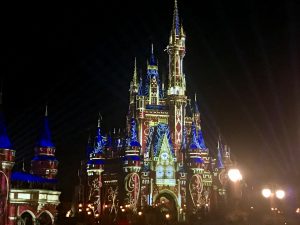 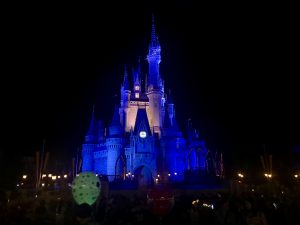 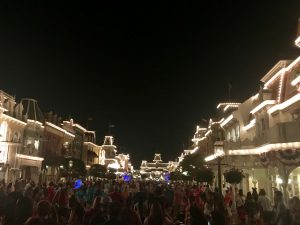 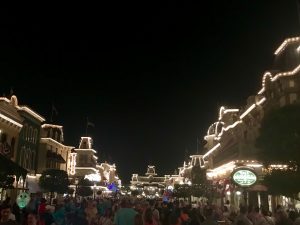 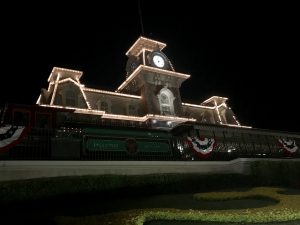 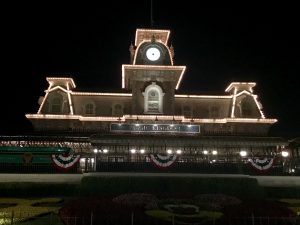 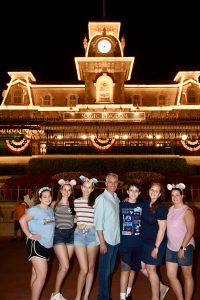