A Preview of the NEW Fantasyland in Walt Disney World

We have the BEST fans in the world who have been sending us pictures of the NEW Fantasyland that is in the “soft open” stage in Walt Disney World. We thought we would go ahead and share a few and some exciting news too….

One of our fan’s daughter was chosen for Enchanted Tale with Belle. Here, our little fan is standing in for Felipe: 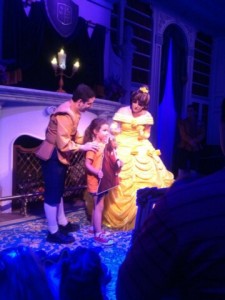 After the show, Belle gives each of the children who participate a special bookmark.  A  PhotoPass photographer also takes posed photos of Belle with each child after the show (and also takes pictures during the show) and are given special Enchanted Tales-themed PhotoPass cards as well so they can relive the show at home.

A look inside look at “Be Our Guest” restaurant inside Beast’s Castle: 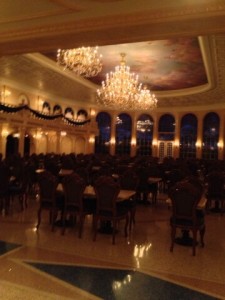 A new character Meet and Greet, “Pete’s Silly Sideshow” Here is Minnie and a fan: 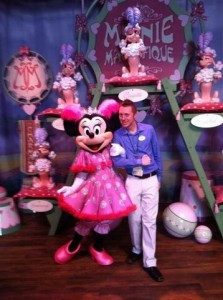 Do you have pictures to share? Please feel free to send them to us! We would love to see and share them!

We are also  so excited to let our fans know that we will be attending the New Fantasyland preview event in December! 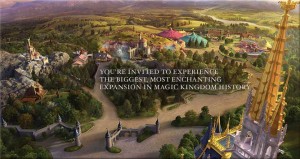 On December 5,  the event begins with a SPLITSVILLE VIP Reception. This new Downtown Disney entertainment experience has been described as having  “Luxury Lanes” which feature fresh-rolled sushi, house-made pizzas and gourmet burgers as well as live music, billiards, beverages and 30 lanes of bowling. So everyone will have a ball whether they bowl or not!

On December 6th is the NEW FANTASYLAND PREVIEW & DINNER PARTY. This event will preview the exciting new attractions, entertainment and dining of New Fantasyland in Magic Kingdom Park. The evening ends in grand fashion with the new Celebrate The Magic castle projection show, followed by the Wishes fireworks spectacular and a special holiday “kiss good-night.”   We will be posting pictures here and on the Castle Dreams Travel Facebook fan page throughout this event as well as posting video on our You Tube channel.

On December 6th,  we will be reporting from the TEST TRACK GRAND OPENING at Epcot and experience the re-imagined Test Track Presented by Chevrolet and we will post pictures here as well as on Castle Dreams Travel’s Facebook page to show you all of the new changes. At the new Test Track, you can design your own custom concept vehicle and put it through its paces on the exhilarating hills, hairpin turns and straightaways of the Test Track circuit.