Can Adults really have FUN on a Disneyland vacation? Part 1

Posted on December 11, 2015 by DisneyDawnMarie

Ahhh, another challenge. Disneyland is too small, Disneyland was made for kids and is too kid centric. I have heard it all. But, here I was for the second time in 6 months heading to Disneyland without my family. I had originally hoped to bring them along, but life gets in the way sometimes and we just couldn’t make it work (No worries, we have next summer booked as a family- but that is another future blog post). I would be spending 5 nights in the Disneyland Hotel, mostly to attend Disneys EarMarked Conference, but partly to catch up with some other moms taking some time off to have a little fun…

I arrived on Saturday morning just before boon on November 14th. I hopped in my Super Shuttle transfer (with Holiday Music playing) and arrived fairly smoothly and quickly. I checked in to my room at the Disneyland Hotel (and re-affirmed our request to have connecting rooms- we would be 6 total for 2 nights and we really wanted to be able to connect our rooms, our request was granted) and headed to Tangaroa Terrace for lunch, which is becoming a tradition of sorts since I did that on my last trip. I even ordered the same Ground Angus Burger with Bacon, American Cheese, Lettuce, Tomato and their Classic Sauce on a Multigrain Bun with Sweet Potato Fries.

I texted Juanita and Holly (who were already playing inside the parks) and we met in Downtown Disney before walking over to The Lounge at Steakhouse 55 to wait for Tricia, Gina, and Paige. We indulged a bit in some cheese and cocktails and before we knew it, the gang was all there and our rooms in the Frontier Tower were ready. We quickly settled in and decided to head to California Adventure park for the evening. Paige and Juanita live in CA and Holly is Washington, so they are total Disneyland girls and were excited to show Gina, Tricia, and I THEIR park… 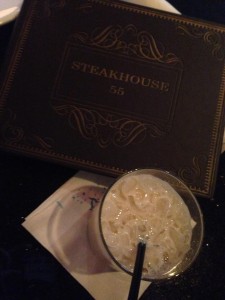 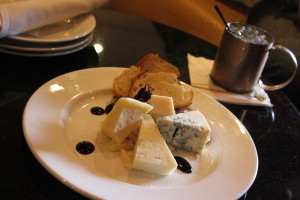 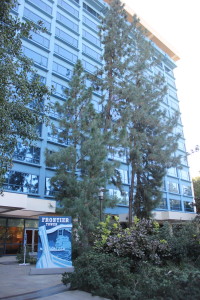 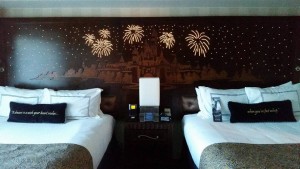 Cars Land (and all of California Adventure) is all decorated for the holidays We headed straight towards Radiator Springs and rode single rider. I fell in love with this ride in May, and still think it is one of the best, if not the best, attraction in either of the US Disney theme parks. 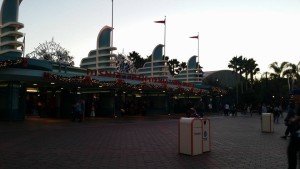 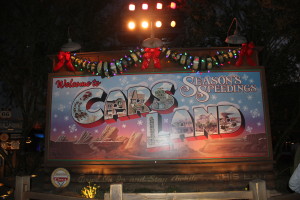 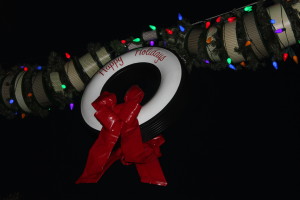 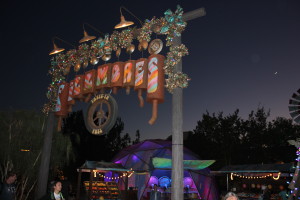 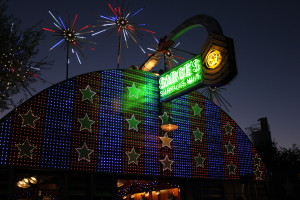 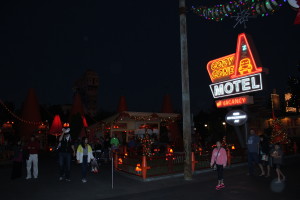 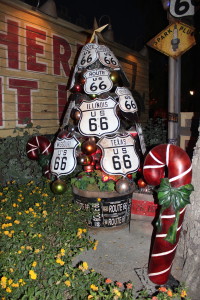 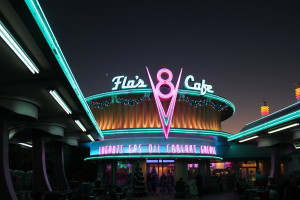 The we headed over to California Screamin’ (Paige, Gina, and Tricia rode this single rider- the rest of us took a spin on King Triton’s Carousel), Toy Story Mania (we Fast Passed this ride), and the Little Mermaid.

We then headed off to dinner- quick service. I wound up at Cocina Cucamonga Mexican Grill with Paige and Tricia, Gina and Holly had dinner from Lucky Fortune Cookery, and Juanita grabbed a snack. 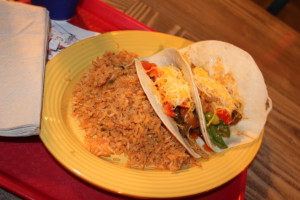 After dinner we checked out the Mad Tea Party, then headed over to Monsters, Inc Mike & Sully To The Rescue- which is adorable! 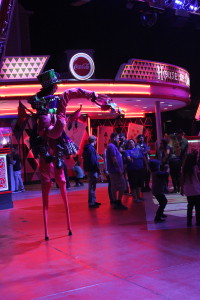 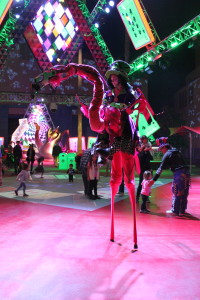 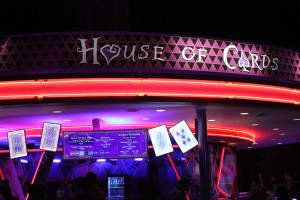 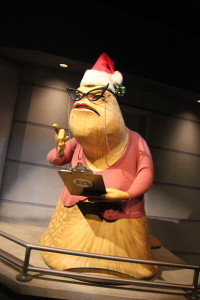 We then headed into Olaf’s Snow Fest. We met Olaf and played a bit in the snow, why not? 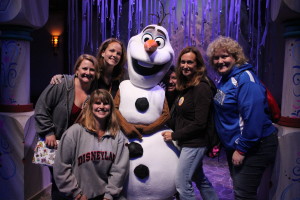 We wandered around a bit then took our spots to see World of Color. It is such a beautiful show. Did you know you can play a game with Mickey’s Fun Wheel on your smartphone before the show starts to help pass the time?

After the show, jet lag was setting in and we all decided to head back to our rooms as we have an early breakfast reservation the next morning.