Have you ever wondering how Walt Disney World celebrates Independence Day?

The crowds are at the highest they will be all summer long, keep that in mind if you are planning to check out some of these very special celebrations. 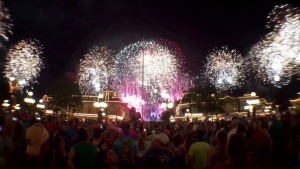 Inside the Magic Kingdom, “Disney’s Celebrate America! A Fourth of July Concert in the Sky” is an incredible 360 degree fireworks spectacular that will be presented two nights in a row, at 9 p.m. on both July 3 and 4. Each night you will also find DJ dance parties in Tomorrowland and Frontierland, each a great location from which to catch the fireworks! 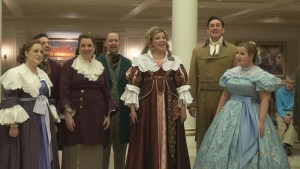 Inside Epcot on July 4th there will be special evening concerts of great American songs by Voices of Liberty at 5:30 p.m., 6:45 p.m. and 8 p.m. at the America Gardens Theater. Throughout the day, you can also meet Mickey and his friends in patriotic attire outside The American Adventure, and at 9 p.m. that night “IllumiNations: Reflections of Earth” joins the celebration with the addition of a heart-pounding, all-American grand finale! 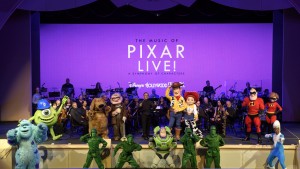 “The Music of Pixar LIVE! A Symphony of Characters” showcases a selection of unforgettable soundtrack favorites from Disney•Pixar

Are you up to celebrating some of the great icons of American popular culture? Disney’s Hollywood Studios’ “The Music of Pixar LIVE! A Symphony of Characters” has shows scheduled on July 4th at 5 p.m., 6:45 p.m. and 8 p.m., the all-new “Disney Movie Magic” experience at 9 p.m. and “Star Wars: A Galactic Spectacular”  at 9:30 p.m. with fireworks, lasers, and amazing projections!

Whatever you choose to do, be prepared to arrive early and pack plenty of water to stay hydrated in the Florida sun. With so much to see and do, don’t try to do it all- book another vacation to see some more next summer! Did you know you can already start planning your July 4th 2018 getaway?