Dawn and I have arrived in Peru after an 8 hour flight from JFK. We are traveling with 18 other travel agents who we flew over here with.

After an on time departure, we were served a meal. Dawn went with the tortellini and Tricia chose the BBQ Chicken w/ rice. Tricia ended up eating just the salad and a nibble of the cheesecake. Dawn said the tortellini was “ok, not horrible”

Inflight entertainment was free, with many choices. Dawn watched a movie (Friends w Benefits) and slept through “He’s Just not that into you” and “Just go with it”.

They kept the lights out until around 5:30AM when they came around with breakfast (hot Ham & Cheese with mustard on pumpernickel bread).

Customs was uneventful but the rumor is you cannot bring in more than one laptop without paying taxes so proceed with caution!

We checked into the Miraflores Casa Andina hotel after a 30 minute ride from the airport. The Disney difference was that we were allowed access too our hotel rooms upon arrival which was approximately 10AM.

The hotel definitely had a Spanish theme and it was very nice. We settled in with some yummy cookies, showered and then explored the city. We ended up at the mall right near the ocean and had a great lunch at the Cafe Cafe with a gorgeous view of the Pacific Ocean.

Dinner was in the hotel. We had chicken with polenta (heavenly) and tried Inca Kola (which is a soda that tastes like pineapple and bubblegum – wicked sweet!)

Everyone was exhausted from our long journey so we called it an early night. We have a 6AM wakeup call for a 9:30AM flight to Cusco. 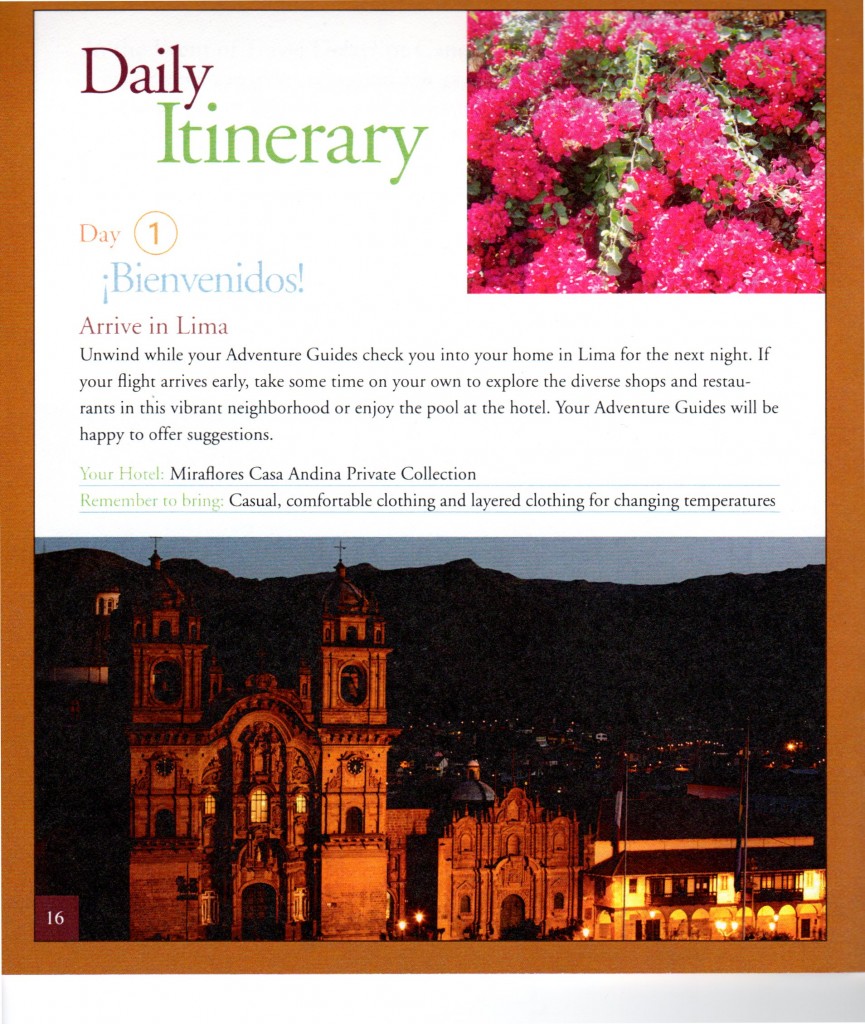