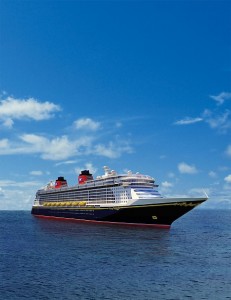 As most know, Disney’s newest ship, Fantasy, will be arriving later this year to the Disney Cruise Line fleet. But what most don’t know is that she is heading to New York City in February before heading down to her home port in Florida. We can confirm the ship will be open for private tours for travel agents and possibly the media as well. What we cannot confirm is whether the ship will be christened in New York or in Florida.

After some digging this past October, we found several online clues as to when she’ll be in pier 88 in NYC. We just could not confirm the accuracy of our findings until recently. Many Disney discussion Boards have been discussing the possibility of a NYC preview for quite some time as well.

It looks like she’ll be in NYC February 28th through March 2, 2012. Possible cross promotion with their new One More Disney Day campaign and discount promotion?
Stitch Kingdom is reporting today the ship will be floating out of the Meyer Werft for testing and will officially be delivered to Disney Cruise Line on February 9th.