Disney’s Aulani, a Dream Trip in the Making- Day Three

Posted on August 29, 2014 by DisneyDawnMarie

Today we all woke up to my Father In Law cooking an amazing eggs and bacon breakfast for everyone in the kitchen. Mikey was feeling so much better and our plans to visit Kualoa Ranch are no longer in jeopardy. Kualoa is a working cattle ranch and farm, preserved and managed by the seventh generation Morgan family. For a time during World War 2, parts of the land we taken over by the US Military to build bunkers and defend the nearby Marine base. Most people will recognize their landscapes from some very popular movies and television shows- and that was the tour our family was planning to take this morning.

With full tummies, we departed Aulani and headed north to Kualua. The drive was breathtaking… 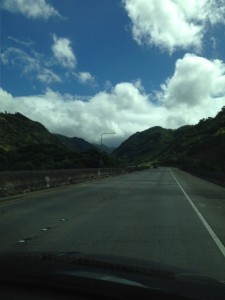 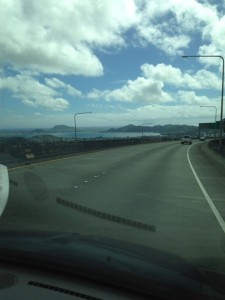 Tip One: If visiting from the east coast, consider doing your excursions in the beginning of your stay. The 6 hour time change will enable you to wake up early to head to those excursions. As the week goes on, you spend more time outdoors, your body adjusts…

We had arrived at the ranch a bit early for our 10:30am tour so we roamed the gift shop and grounds a bit before we headed on to the bus to begin our tour.  There were 2 stops where we could get out of the bus, the first being the famous tree from the first Jurassic Park movie: 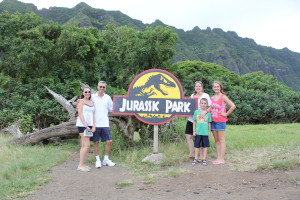 You can spot the tree in this clip at about the 1 minute mark:

Along the way to our second stop we passed by quite a few movie and television sets. Of course we are visiting on the day of a HUGE race throughout the grounds (the Spartan Race), so don’t mind the random runners you spot in the pictures: 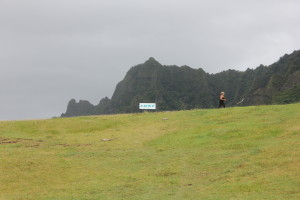 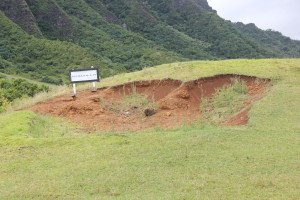 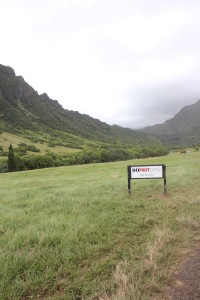 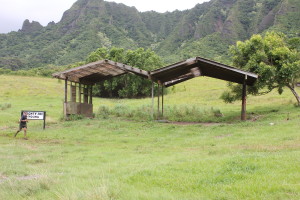 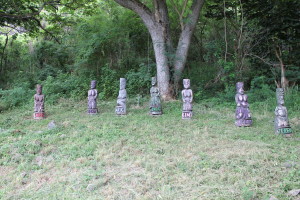 Our next stop was inside at World War 2 bunker where there are war, movie, and television artifacts. Here are just a few that we saw: 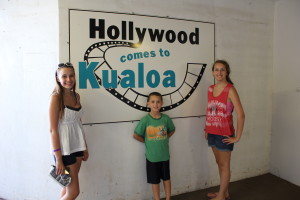 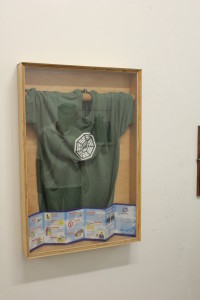 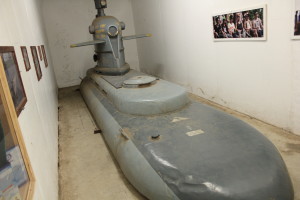 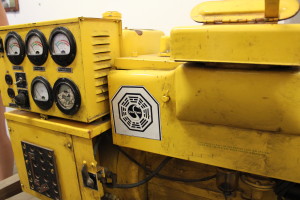 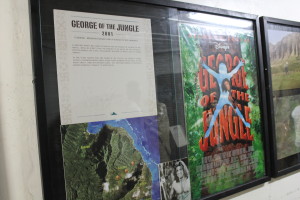 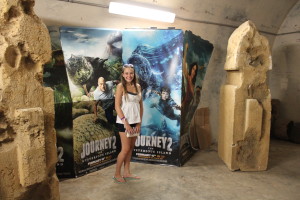 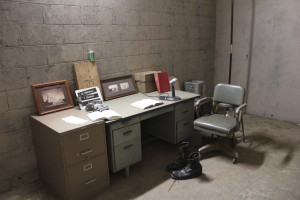 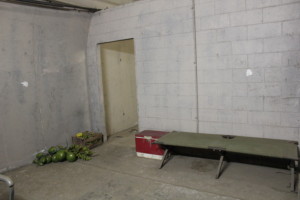 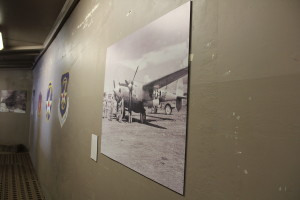 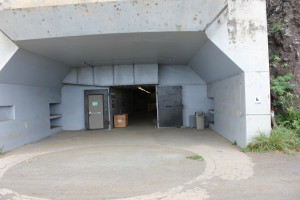 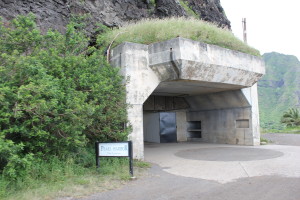 After the tour we did a little shopping in their gift shop (but not enough).

Tip Two: Don’t be afraid to shop affordably when you find it! We had wished we spent more time and money here, but on day 3 we were sure there would be more shopping as our vacation continued on. Not so much…

We headed back towards Aulani, but we stopped at a local McDonalds first for lunch! We all ordered our usual, there wasn’t much different on the lunch/dinner menu. The breakfast menu featured the “Local Deluxe Breakfast Platter”, which includes 2 scoops of steamed white rice, fried scrambled eggs, Portuguese Sausage and SPAM.  In addition to an apple pie there is also a taro pie on the menu, but none of us were brave enough to try it.

Once back at Aulani, we quickly changed and headed down to the pools. Grandma and Papa had stayed at Aulani while the rest of our family hiked Diamond Head.

The kids were so excited to try some Shave Ice and they were not disappointed! Aulani has a great booth with a ton of options for their guests to choose from: 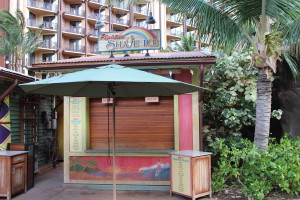 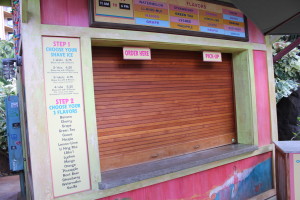 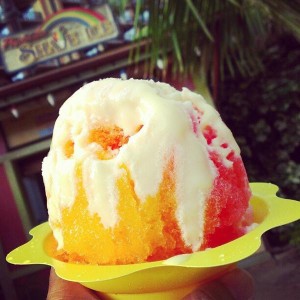 We settled in by the fire pit on a set of loungers that opened up as we approached. SCORE!

We spent the rest of the day between the pools and the beach and this location was great to do both. We had chairs in the shade and Grandma and Papa met us there to enjoy the beach as well.

Tip Three: Aulani STRICTLY enforces a no reserve seating rule. If you are not by your chairs/loungers in an hour a cast member will pack up your belongings and bring them to the towel return spot for you to retrieve them. They have several cast members patrolling the areas and will fold towels in a way on the chairs and loungers and will watch them. If they have not moved in a hour, you are in violation.

At 4:45pm, “Uncle” arrived to tell traditional Hawaiian stories and sing traditional Hawaiian songs by the fire. My lounger was to be the closest to the fire. It was (well, felt like) 100 degrees and I was sunburned. Uncle asked for magic to help light the fire, and I will now admit to wishing the fire wouldn’t lite. 😉 Wouldn’t ya know…. it never lit! 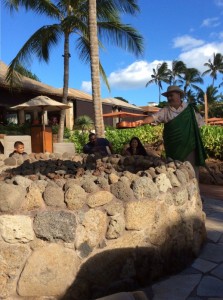 Our family with Grandma and Papa really enjoyed Uncle’s stories and songs- he even sung one the girls loved to sing at Walt Disney World’s Polynesian Resort with their ukuele player in the lobby (and in a Disney Sing Along Songs video they covetted), “Pearly Shells”…

After a few more runs around the lazy river, down the water slides, and hitting the waves on the beach it was nearly 6:00pm. We had dinner reservations inside the Marriott next door for Italian and our family of 5 decided to stay back at Aulani to get something lighter and quicker after all day in the sun (and in hopes of keeping Mikey’s dinner in his stomach tonight).

We all showered and decided to have a movie night in (we brought DVDs along with us as the room has a DVD player, we chose to watch “Lilo and Stitch”) and grab a (Hawaiian) pizza for dinner from Ulu Cafe. 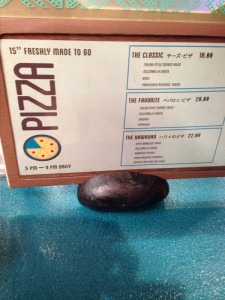 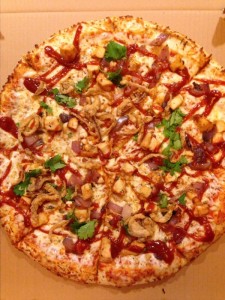 All 3 kids fell asleep before the movie was over- but we weren’t to far behind either. It was a magical, full day in Hawaii! 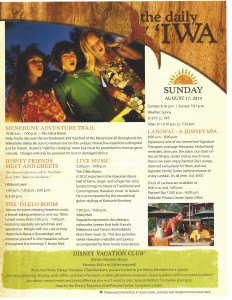 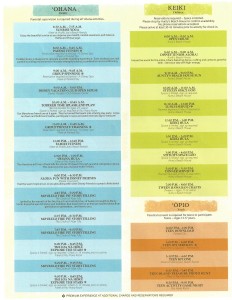 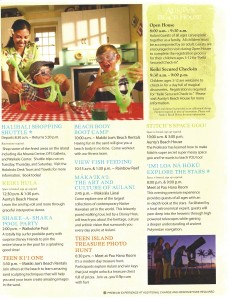 This entry was posted in a Dream Trip in the Making, Aulani, Disney Aulani, Disney’s Aulani, Uncategorized. Bookmark the permalink.