We are getting reports that there is a huge fire on Walt Disney World property burning right now!

What we have been told is that it’s somewhere between Epcot, Downtown Disney and the Nick Hotel and other reports on Twitter report it’s near Pop and Gaylord Palms Brush  off property.

Local Channel 13  reports it’s 5 acres near Disney by World Drive and International Drive. They said nothing is at risk right now and only cell tower was near but had been protected. Officials said they’re investigating the fire as “suspicious.”

The fire, located near International Drive and Interstate 4, was around 13 acres before it was contained. It was located near the Orange-Osceola county. line.

One of our fans sent us this cell phone picture of the smoke from the fire: 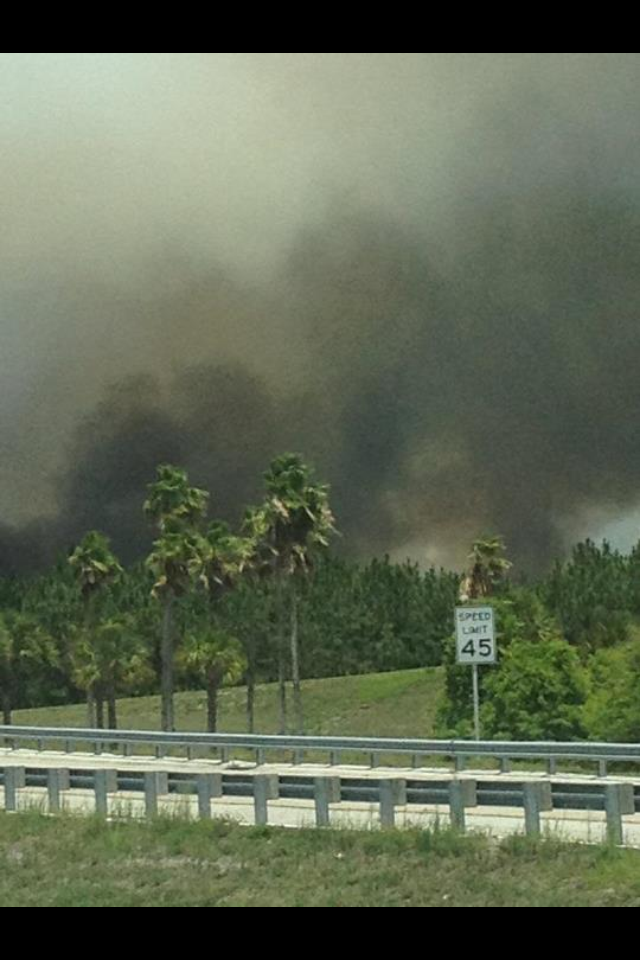 This entry was posted in Walt Disney World, What We're EARING. Bookmark the permalink.