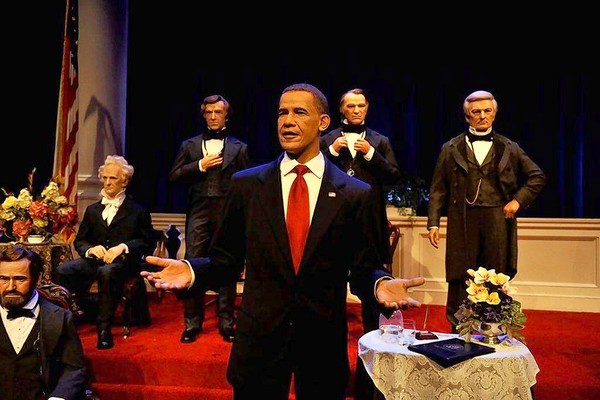 Shhh… don’t tell Malia and Sasha their dad will be in Walt Disney World while they are in class on Thursday! President Obama will be inside Walt Disney World’s Magic Kingdom on Thursday to unveil a new “strategy that will significantly help boost tourism and travel” at the place where “dreams come true”.

The president will unveil the latest installment in his “We Can’t Wait” (for Congress) campaign. In an effort to help with crowd control, Disney’s Hollywood Studios will feature a new fireworks show called “Rock the Night” on Thursday, January 19, 2012, at 7 p.m. and Epcot and  Animal Kingdom will also have Extra Evening Magic Hours, leaving Magic Kingdom as the only Walt Disney World park operating only with only regular hours that day.

During the day on Thursday, Main Street USA will be closed and without an official White House invitation, from prior to park opening through Obama’s departure. Backstage areas will be used to allow guests to access the rest of the park from the entrance area, bypassing Main Street entirely. Guests who enter the Magic Kingdom via a single-day ticket and are unhappy with the situation surrounding Obama’s speech will be offered access to another of Walt Disney World’s three theme parks for that day only. Most dining and experience reservations will still be honored, but guests should be prepared to adjust their plans. The exceptions are park tours scheduled on Thursday and reservations at Tony’s Town Square are being cancelled.

Maybe the President will stop by the Hall of Presidents to see himself?