The Best Christmas Gift Yet, A Trip Report- A Magical Narcoossee’s Dinner

Posted on February 26, 2019 by DisneyDawnMarie

Urgh- Rain clouds. We ran to get to the boat dock by 4:30pm to get to the Grand on time for our hair appointment. We just missed one boat and the drizzle started, but the Cast Members assured us another boat was on its way shortly (we we saw the monorail line growing). That said, a few minutes later- they stopped the boats from running and we needed to take the monorail.

Once on line, I called Ivy Trellis and let them know we were going to be late and they were absolutely understanding. By now Mike and Mikey were on their way out of the park as well. VERY long story short, we made it to get our hair washed and blown out for dinner and when Mike and Mikey got to our Sugar Loaf building, they asked the Concierge Cast Member at the desk if it would be possible to contact Narcoossee’s and let them know we were running late due to the rain- they were able to push our reservation to nearly an hour! 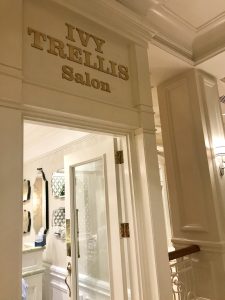 So, now we had some time to appropriately get dressed and stroll over to Narcoossee’s, which has absolutely become one of our favorite splurges on property- 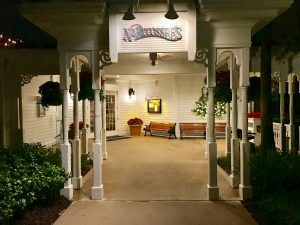 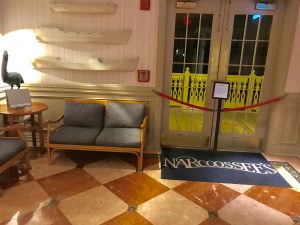 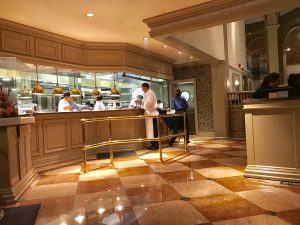 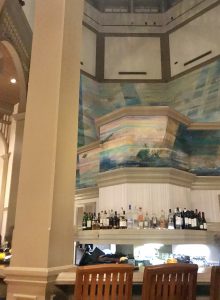 but now we were on the dining plan, and it is TOTALLY worth 2 dining credits per person and let me show you why …. 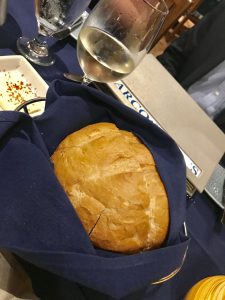 Jacqueline and I both had Butter-poached Twin Maine Lobster Tails with Local Zellwood Corn Spoon Bread and Steamed Asparagus. We also ordered the Narcoossee’s Signature Mashed Potatoes which are Boniato-Russet Mashed potatoes, Applewood-smoked Bacon, and Tillamook Cheddar, with Scallions for the table: 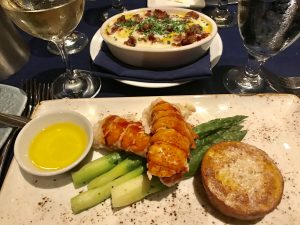 Mike upgraded his Surf and Turf with a Filet Mignon and Lobster Tail served with Yukon Gold Mash and Oven-roasted Heirloom Carrots. 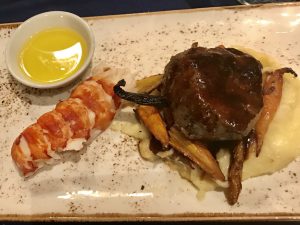 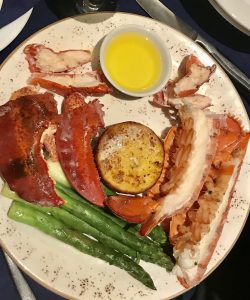 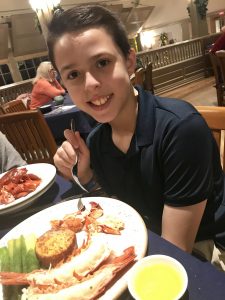 Yes, we ALL ordered lobster- in fact, both Mikey and Katie ordered FULL 2 pound lobsters!

The view is also spectacular at night- perfect for Happily Ever After viewing. They do dim the lights and pipe in the music and they also invite guests to their outdoor porch to watch as well- where the music is also piped in. 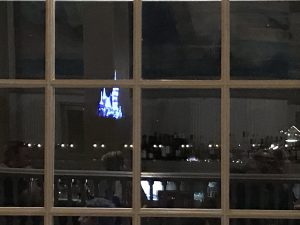 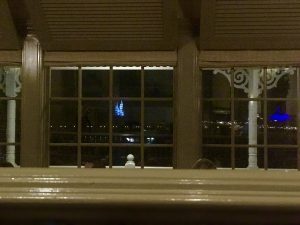 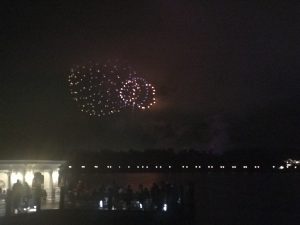 If that wasn’t enough- dessert was just as outstanding! Mike indulged dessert with a chocolate martini and I had a traditional Disney Glow-tini: 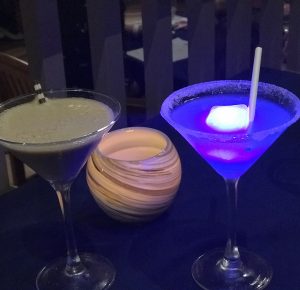 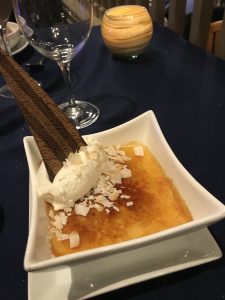 Mikey asked for the Nemo cupcake that he loved when we had brunch here a little over a year ago: 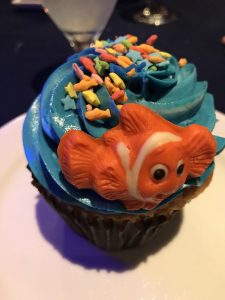 Mike and I split the Narcoossee’s Candy Bar which is a Dark Chocolate-Mocha Bar with House-made Guanaja Chocolate Gelato, and our server also brought out a bowl of chocolate ice cream for Mike as well (his favorite): 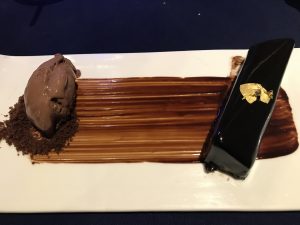 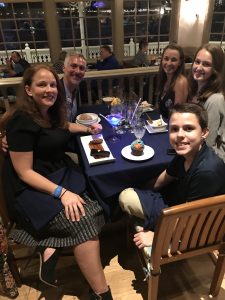 We absolutely used our dining credits wisely here. All we had to pay additionally for, other than gratuity, was a bottle of wine Mike and I shared over dinner, Mike’s upgraded steak with his Surf and Turf, and our Narccoossee’s Signature Mashed Potatoes. Everything else was covered under the plan (included our martinis we had with dessert). If your family loves seafood- this is a FANTASTIC option- especially on the Disney Dining Plan!

After dinner, the kids really wanted to head back into the Magic Kingdom, the rain had stopped and it was an Extra Magic Hours night for guests staying in a Walt Disney World Resort. The advantage of having older kids? They can head into the park on their own without us when we are exhausted. 😉

The kids changed and headed off to the monorail, Mike and I headed back into the Main Building as well- but stopped off at Mizner’s for a quick martini and to listen to the band and enjoy the scenery one last time during this trip. 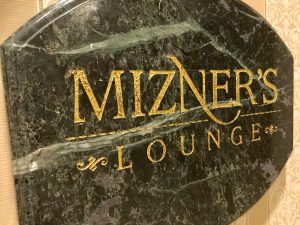 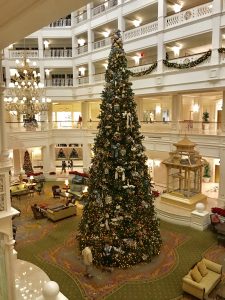 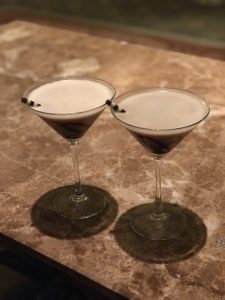 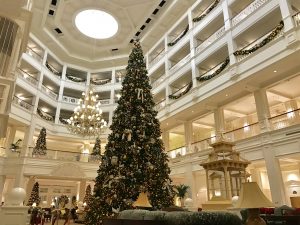 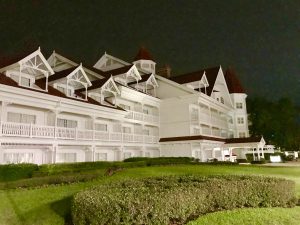