This week I am participating in a blog hop, sponsored by Disney in your Day, all about Hollywood Studios. 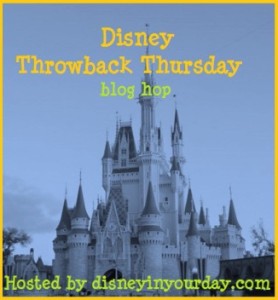 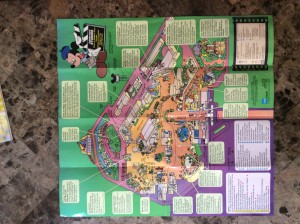 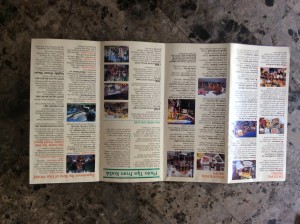 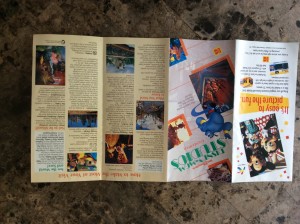 We started our day on the Backstage Studio Tour. Check out my early scrapbooking skills…. 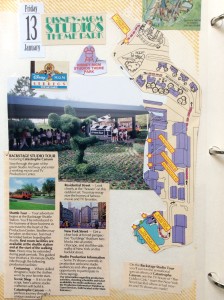 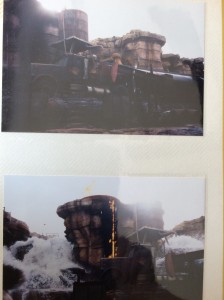 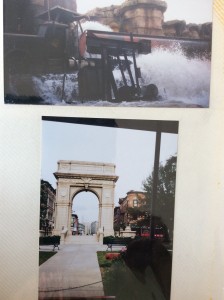 Next was one of my favorites, Jim Henson’s Muppet Vision 3D! 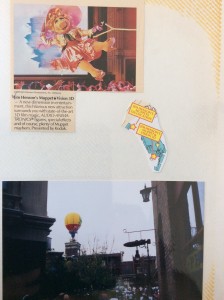 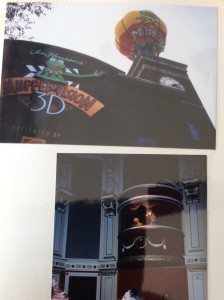 From there we hopped on Star Tours, and basically took the very same pictures I still take every time we ride this attraction… 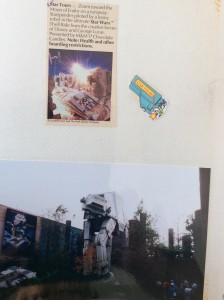 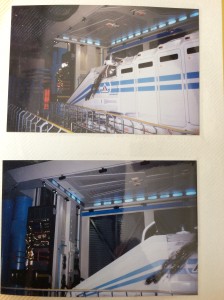 Next up? The Great Movie Ride! 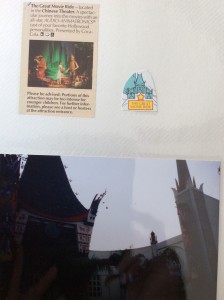 Now, keep in mind- we were visiting on Friday the 13th- which is the best day to ride the Tower of Terror! 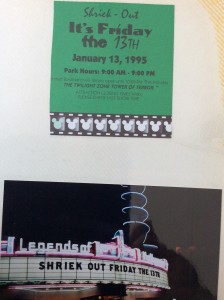 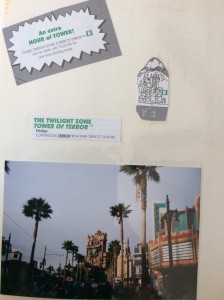 We also really enjoyed The Magic of Disney Animation Building too. We loved being able to see the animator’s at work creating all sorts of art for television and movies including the Lion King, Aladdin, Pocahontas, Beauty and the Beast, The Little Mermaid, The Hunchback of Notre Dame, Mulan, Lilo and Stitch, and Brother Bear before the working studio portion of the building closed in 2004. 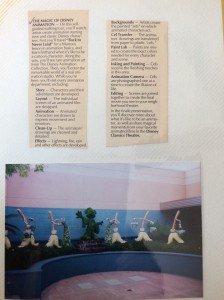 Next at we needed some ice cream- and no better spot than Dinosaur Gertie’s! 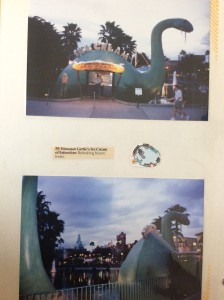 Then it it was time for Indiana Jones Epic Stunt Spectacular… 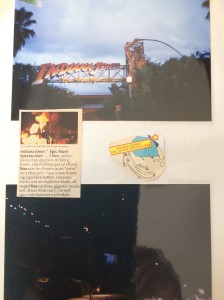 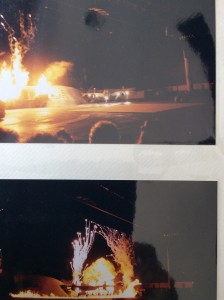 Next it it was dinner, and our now traditional meal at the Sci-Fi Drive-In Diner. We look so incredibly young! 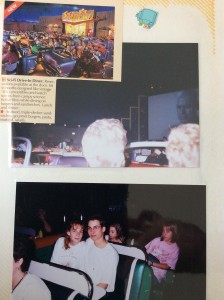 After dinner, it was time for “Sorcery In The Sky” Fireworks where a 50 foot inflatable Sorcerer Mickey  stood next to the Chinese Theater during the evenings fireworks show! 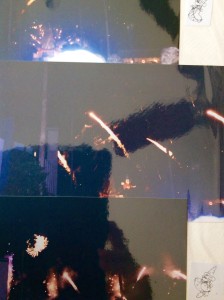 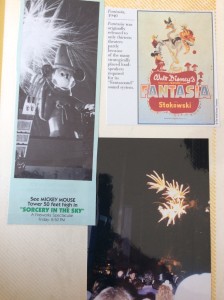 We had an amazing day 20 years ago- and I am grateful we were able to visit some of these amazing attractions year after year before they close due to the planned expansion and re-Imagination of the park. The American Idol Experience closed last summer, with the Studio Backlot Tour closing in September. The Legend of Jack Sparrow closed in November with the Sorcerer’s Hat coming down the beginning of this year. Recently, Disney announced the closing of the Magic of Disney Animation, closing today- July 12th, 2015. Disney has announced that Star Wars will play a big role in the new re-branding of the park, and most also speculate that Pixar Place will expand inside the park as well. What would you like to see?