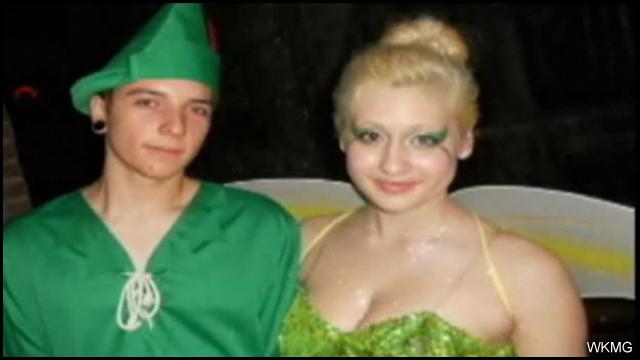 A 15 year old girl dressed as Tinker Bell was denied entry into Walt Disney World’s Animal Kingdom Theme Park on Sunday  with her boyfriend who was dressed as Peter Pan.

Walt Disney World has a dress code, clearly stated on their website, that “adult costumes or clothing that can be viewed as representative of an actual Disney character” is inappropriate theme park attire that “may result in refusal of admittance.” This is in effort not to confuse the thousands of visitors as to who is the who inside the park.

April Spielman was asked to change her outfit at the gates on Sunday because her outfit was too close to the actual Tinker Bell who greets guests inside the theme park.  She was offered free clothes from Disney officials to make to make the change. The teen purchased her costume online and reported her makeup took two hours, her hair took another hour, and then she had to spray her body in glitter and paint her nails to complete the look.  Earlier in the day, the duo was permitted past the gates at Disney Hollywood Studios and they didn’t see a problem going to Animal Kingdom.