What Is Your Disney Side?

Posted on January 20, 2014 by DisneyDawnMarie

What is a Disney Side? I found out in the Summer of 1989, and it wasn’t even my Disney Side…

In the summer of 1989, my parents FINALLY decided to take my family to Walt Disney World. This was after YEARS of Hershey, Pa; Williamsburg, VA; etc. vacations (aka we can drive from our home in Long Island) and tag alongs with Dad on business trips to London in the summer. By now my older brother was 20 years old and far to cool for a Disney vacation. My younger brother and I were 13 and 15 years old and THRILLED to have our parents to ourselves on a two week vacation to Florida. The second week was to be spent in Daytona Beach and the first week was entirely devoted to all things Walt Disney World.

My parents went all out. We had 2 rooms in Disney’s Contemporary Resort that connected. We had what must have been the equivalent to the platinum package as it is known now- we sat down 3 times a day to eat, saw the all of the dinner shows, rented boats, etc. We did it ALL. But the best part for me wasn’t finding my Disney side- but seeing my Dad’s.

Dad was a 20 year Air Force veteran of the Vietnam War. He was stationed all over the US since he was old enough to enlist and during the war was stationed in Japan with my mom for most of the time. He may have been retired for 13 years at that point- but you would have never known it. He was VERY regimented, schedule orientated, and a strict parent. As if he was still enlisted. But during that summer’s vacation, he loosened up. On one morning a few days since we were in Walt Disney World, Dad walked into the room (where my brother, mother, and I were) ready to leave for breakfast. Air Force baseball cap prominently placed on his head, white collared shirt, blue tailored shorts and his white socks pulled up to his knees. In hand was his “clip board of fun”- which contained a yellow legal pad of the day’s reservations and attractions Dad had hoped we would be able to see that day. My brother and I were on either side of him, and for whatever reason we looked at each other, looked at the socks, and simultaneously we each took a sock and slouched them down to his sneakers’ rims. Dad didn’t get upset- he left them there. That morning he joked with Pluto at breakfast as Pluto decided to sit on Dad’s lap. As we walked down Main Street, he actually grabbed Mom’s hand and kissed her (PDA was pretty much something we NEVER witnessed growing up). Dad sang along to the songs during the afternoon parade. Who is this guy? My brother and I were puzzled at first- but by the end of the day we had fallen right in place with Dad too. Singing, dancing, having the kind of fun we never had before. That summer’s vacation was the kind we had dreamed about, and our dreams came true in so many more ways than one.

Three months later, we were burying Dad. He was killed in an accident on the Long Island Rail Road.

In the years since my brother and I have visited several times, with each other, with Mom, and with our new families. Why? For me, every time I walk up Main Street I can hear my Dad singing, now in my children’s voices.

I have celebrated my birthday in Walt Disney World and on Disney Cruise Line- as recently as this January when I turned 40 and spent the entire day on Disney’s private Island, Castaway Cay, enjoying a Cabana on the Family Beach. We splurged on a 1 bedroom suite during the cruise as well and enjoyed every minute on the Re-Imagined Disney Magic. This summer we are looking forward to a week in Aulani, a Disney Resort and Spa in Hawaii. All of my 3 children’s 1st haircuts were on Main Street USA by Michael in Walt Disney World. My oldest daughter fell in LOVE with Cinderella and her castle when she was only 15 months old. She wore her Cinderella dress for months after we got home and still wears Minnie Ears or a Cinderella crown when we visit the parks – and she is 13 years old. My 2nd daughter’s 1st smiles were in Walt Disney World- as she was 4 months old during her first trip. During that same trip we dressed her in a Belle dress and during a princess breakfast in Cinderella Castle, Belle picked her up and posed for a precious picture with her. My son was able to play with his Slinky Dog with Buzz and Woody in Hollywood Studios during his first trip at 18 months old.

Our Disney side is something we highlight during our Disney destination vacations and at home. People will joke that we are like a walking hidden Mickey because there is always a Mickey Mouse or Disney symbol somewhere on us – be it in a watch, cell phone case, jewelry, clothing, etc.

When we were chosen to hose a Disney Side party by Disney we knew our theme- Disney Destinations. We can share our experiences in the parks, on the cruises, and during an Adventures by Disney vacation with our guests. We can replicate snacks, drinks, and desserts you can only have in the parks. Play music from the parks and play games that incorporate rides and attractions from the parks and cruise ships. Most of all- we want to see our guests’ Disney side too! And there really is no better place to show your Disney side than on a Disney Destination vacation- and our family knows and appreciates that so very much.

Here I am in January 2012 on an Adventures by Disney vacation in Peru~ and that jacket tied around my waist is a Disney Cruise Line jacket. 😉 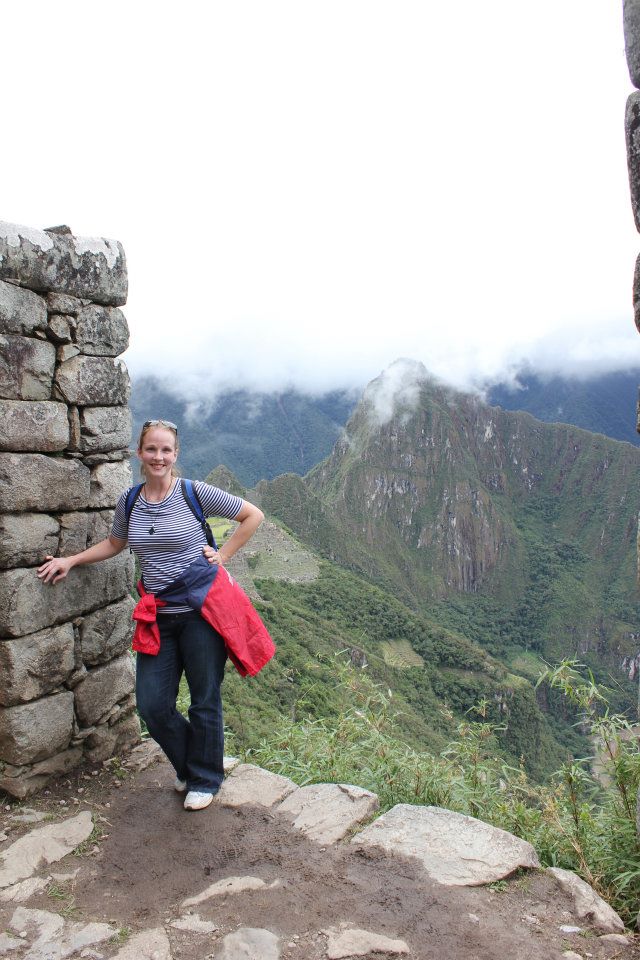 Here is my youngest, playing with his Slink Dog and Woody in December 2008 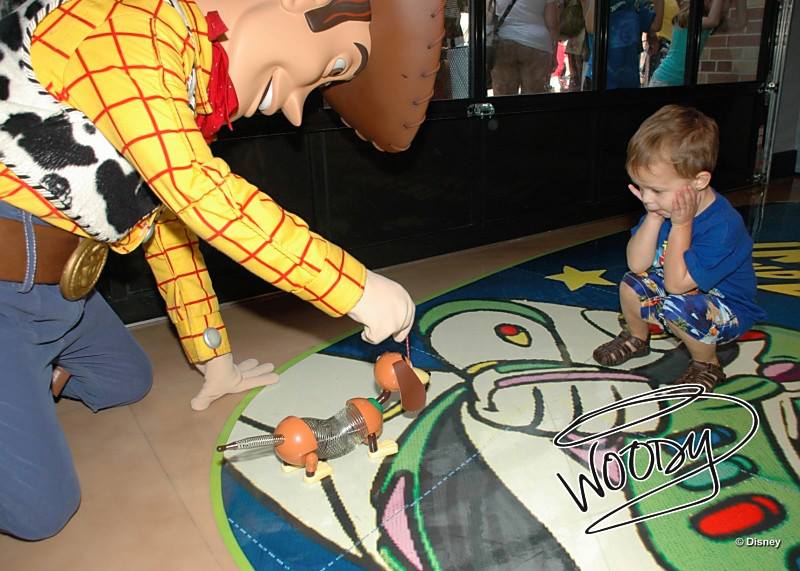 Here are all 3 of my kids, waiting in line in August 2013 for the Magic Carpets of Aladdin. 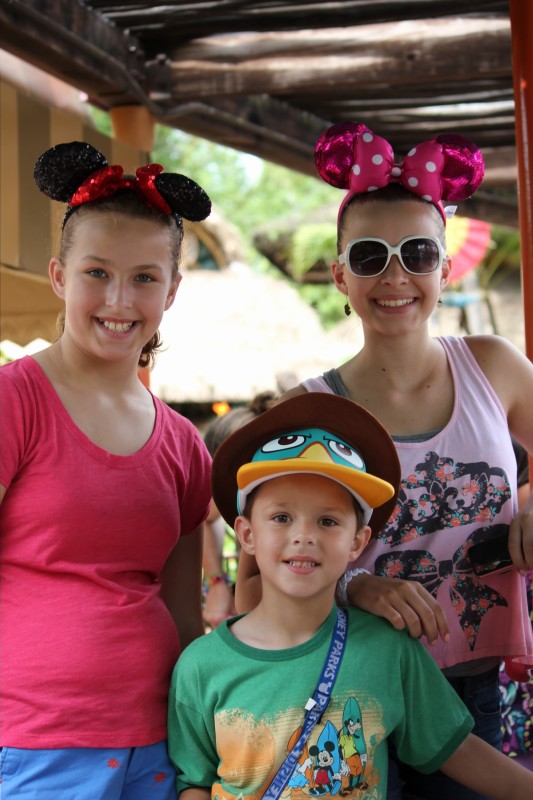 Here is my husband and I at Mickey’s Not So Scary Halloween Party in September 2013. 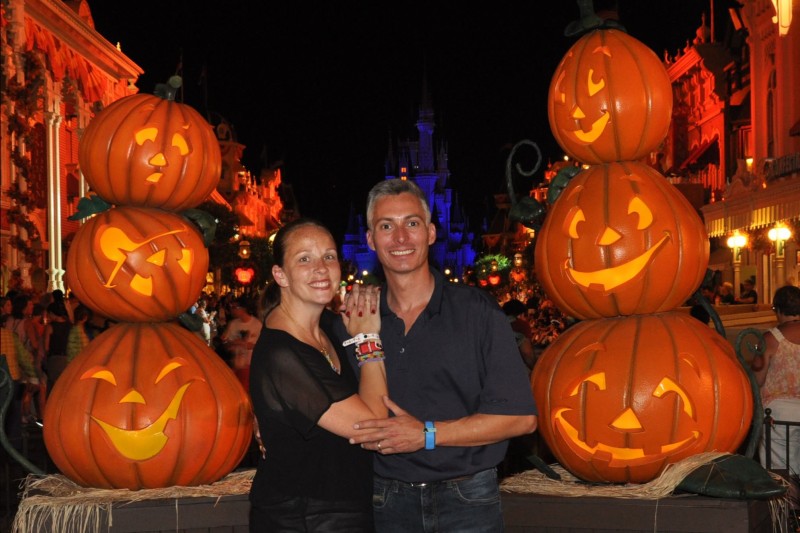 Here I am, celebrating my birthday in January 2014 on the beach in Disney’s Castaway Cay in front of our cabana. 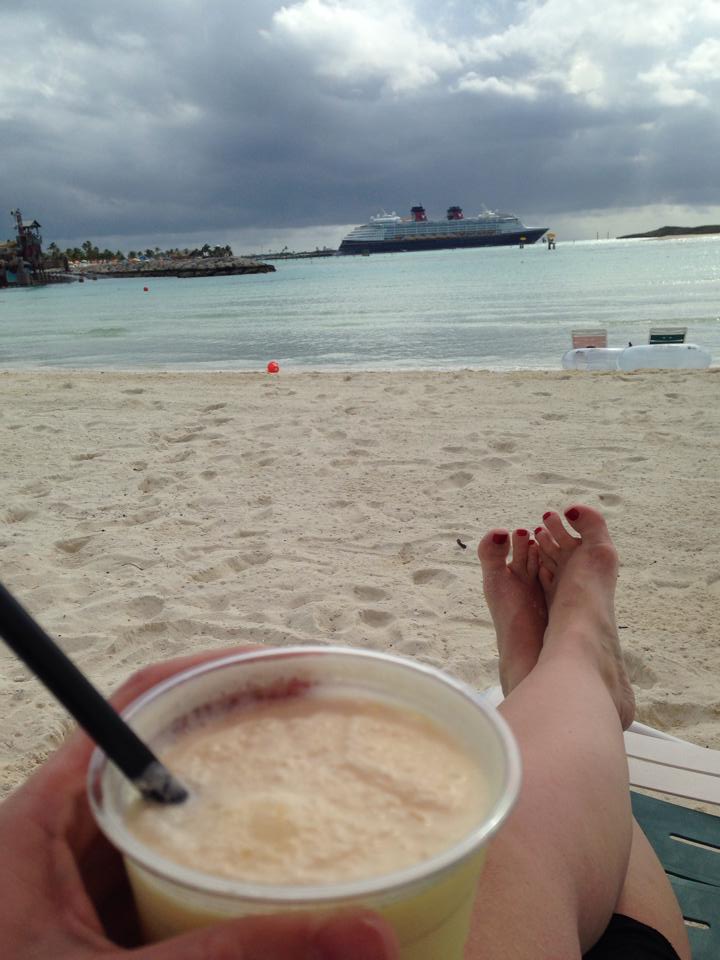 3 Responses to What Is Your Disney Side?